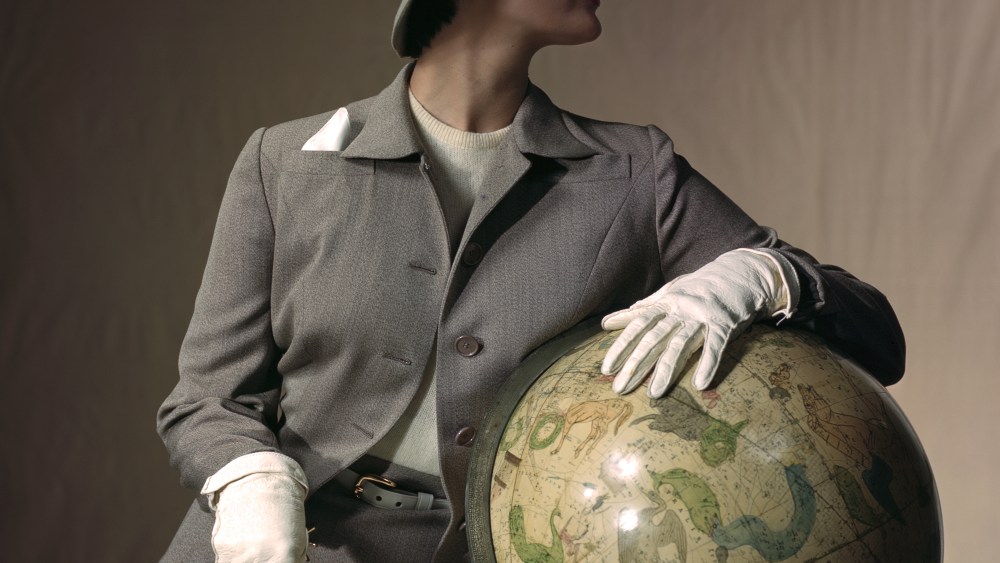 In advance of Harper’s Bazaar’s 150th anniversary next year, the Museum at the Fashion Institute of Technology in Manhattan is spotlighting the legendary teamwork of editor in chief Carmel Snow, fashion editor Diana Vreeland and photographer Louise Dahl-Wolfe.

A walk-through of the compact exhibition “The Women of Harper’s Bazaar, 1936-1958” reveals their vision and resourcefulness. Organized through the School of Graduate Studies with the Museum at FIT, the show features decades-old magazines, personal notes, video clips and archival designer pieces set against oversize images of the Bazaar shoots the clothes appeared in.

One of the show’s four graduate student curators, Nancy MacDonell, said, “There was a real richness to the relationship because they worked together for 22 years. That’s ages for a magazine. They knew what each others’ strengths were, and they were different. Diane Vreeland was flamboyant and Louise Dahl-Wolfe was methodical. Carmel Snow was definitely in charge. Her nickname around the office was ‘Bossy.’ But everyone respected her and she respected talent.”

The alliance is believed to have started after Snow spotted Vreeland dancing in Chanel at the St. Regis in 1936, and persuaded her to write the “Why Don’t You?” column for Bazaar. “She made a lot of provocative suggestions like, ‘Why don’t you wash your blonde child’s hair in dead Champagne as they do in France?’ or ‘Why don’t you turn your old ermine coat into a bathrobe?’ This was in the middle of the Depression. It was parodied in The New Yorker,” MacDonell said. “It got Bazaar a lot of attention. That’s what prompted Snow to hire Vreeland to be the fashion editor.”

Snow later “snatched up” Dahl-Wolfe after Dr. Mehmed Fehmy Agha turned her away from Vogue. Once the creative trio was in place, they took to marathon workdays, especially in Europe for the collections, where Snow was all systems-go at 6 a.m., requiring little sleep and little food. Testimony to that is a 1953 photo of Dahl-Wolfe at the bedside of Snow, who is reviewing contact sheets in her nightgown and pearls. There is also a Life magazine shot of Snow editing pages by laying them out on the floor so that she could see an issue in its entirety.

“Famous for driving the pressman mad,” Dahl-Wolfe relied on copper plates to perfect or reimagine colors, said MacDonnell, adding, “With digital printing now, we don’t even think about how easy it is to change things.”

Art, culture and societal issues were featured in-depth, as evidenced by a 1939 edition on view of Walker Evans’ photos of families living in New York City housing projects or the first-person essay by a maid in that same issue who compared her job to “human slavery.” There were also articles about yoga, becoming a mother for the first time at 40 and political issues.

On view until April 2, the exhibition has a 1942 shot of Vreeland modeling outside of Frank Lloyd Wright’s Rose Pauson House in Phoenix. Vreeland stepped in as model after Bijou Barrington suffered heat stroke in the desert. She had famously once described her job as giving the public “what they never knew they wanted.”