The film was written and directed by Danny Sangra. 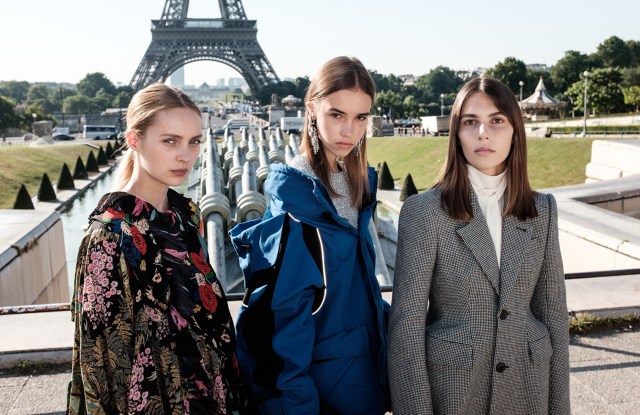 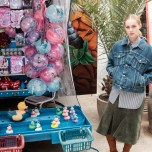 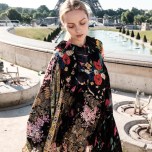 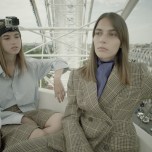 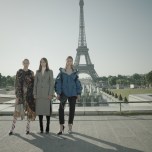 WAKING THE DEAD: Yawn. That’s what three fashion-loving young ladies think as they traipse through glorious central Paris behind a delightful tour guide, in the latest film collaboration between Mytheresa.com and Balenciaga.

Silent, dead-eyed and dressed in runway looks from the fall 2016 Balenciaga collection, the three model/actresses are unfazed by views of the Louvre, the Tuileries Gardens and the Place de la Concorde as their perplexed male guide chatters away in a short called “Tourists.”

They stare unblinkingly at their mobile phones, walk down the open-air aisle of bateau mouche as if it’s a catwalk, and one even wears a GoPro camera as a fashion accessory.

The three perk up only as they descend into the Paris Catacombs, dark, decaying and dripping with rainwater. “This is the best place ever,” they proclaim, tugging the guide into their group for a selfie.

The film will make its debut on Mytheresa.com on Wednesday and will be presented within a dedicated editorial story, featuring behind-the-scenes footage and all of the looks will be instantly shoppable.

This is the second film collaboration between the Germany-based e-tailer and the brand. The first came out last year and was called “Une Incroyable Excuse.” It had a similarly ironic take on fashion lovers.

Danny Sangra, a Central Saint Martin’s graduate and artist, illustrator and photographer, wrote and directed the film once again.

Michael Kliger, president of Mytheresa.com, said the company was eager for an encore as the first film was “a huge success in terms of media coverage and social media awareness as well as in terms of sales. It was only logical for us to team up with Balenciaga again, particularly with the new creative direction at Balenciaga under Demna Gvasalia.”

Asked about how people shopped the first film, Kliger said: “We saw that the exclusive Balenciaga pieces that were featured were sold out on the website within 24 hours. At the same time, the overall traffic and sell-through on our Balenciaga selection received a great uplift as well.”

He said the company finds films to be “a great complement to catwalks as a vehicle for true storytelling, particularly when coupled with humor. Catwalks are clearly defined and have limited ways of presenting a brand, other than through the product.”

Kliger added that Mytheresa is getting a lot of interest for similar collaborations. “We are discussing films, special creative projects, events and other digital assets. We also need to see a clear distinctive profile of a brand and a willingness to experiment to make it work.”