NAKED VISION: As designers strive for increasingly novel ways to show their collections during the coronavirus pandemic, Christelle Kocher has come up with a radical proposition: a fashion campaign with naked models.

Shanice Sloan, Noémie Van Effenterre and Alexandre Di Gregorio posed au naturel in the studio of her Koché clothing label for the pre-spring images by Suzie and Leo. The photo duo had taken a similar approach for Koché’s pre-fall shoot, which featured models naked in the street opposite digitally rendered outfits.

This time, the clothes are visible in the background, where members of the Koché team can be seen going about their daily tasks, while graphics are placed tactically to obscure sections of the models’ bodies. Kocher said the idea was to create a narrative of the garment’s evolution from the initial idea to manufacturing.

“It is provocative and it is not. This campaign with Suzie and Leo is part of a cycle where we create playful confrontations between the naked body and the garment itself. We play on different layers: aesthetic, art history, fashion clichés, a documentary on how we work with the team and, of course, a political read on how the body is a major issue today,” the designer told WWD. 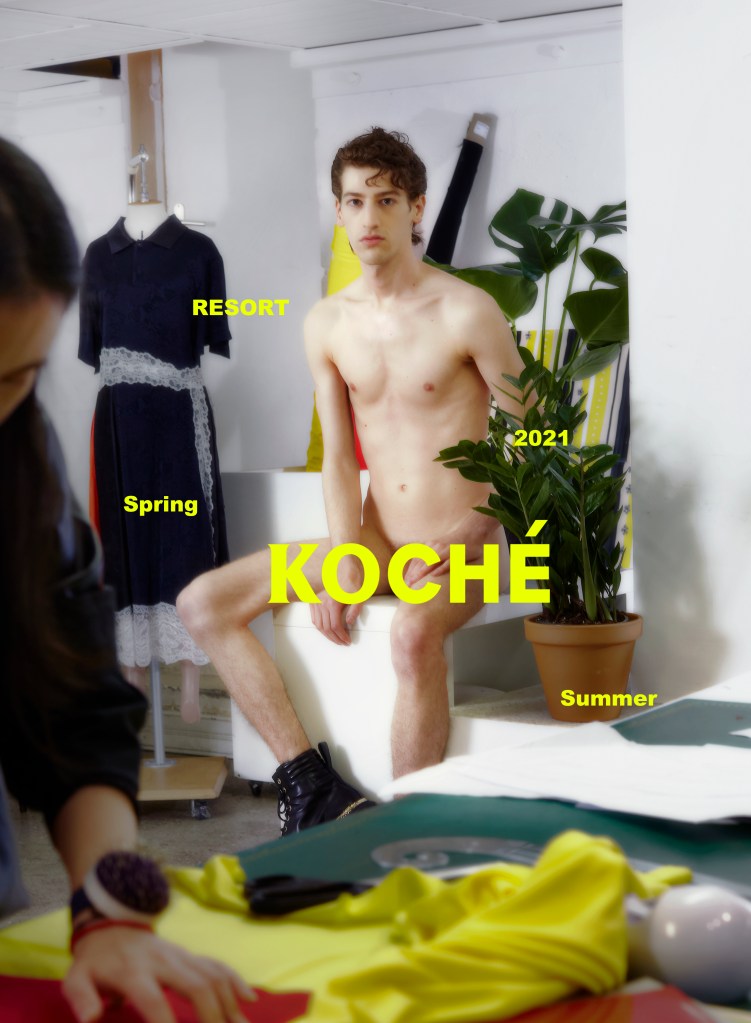 Kocher added that she was not worried about the images being seen as exploitative. “I like the idea to use raw elements if they create meaningful and beautiful combinations. The human body is highly political,” she responded.

“In my work, I consider that it is important to offer images of emancipation, and not domination. Nudity is beautiful, especially when it comes to art, and we had Renaissance paintings in mind more than hot girls and boys on glossy paper,” Kocher added.

The campaign, set to break online on Friday, marks a change in approach for the label, which in late 2019 inked a license with Staff International, the production arm of Italian entrepreneur Renzo Rosso’s OTB stable. Kocher had previously tapped indie filmmakers to produce short films celebrating diversity and gender inclusivity.

Founded in 2014, Koché blends streetwear influences and references to contemporary art with the kind of upscale techniques usually reserved for haute couture creations. The label won the ANDAM Grand Prize in 2019, and has collaborated with brands such as Nike, Pucci and Converse. 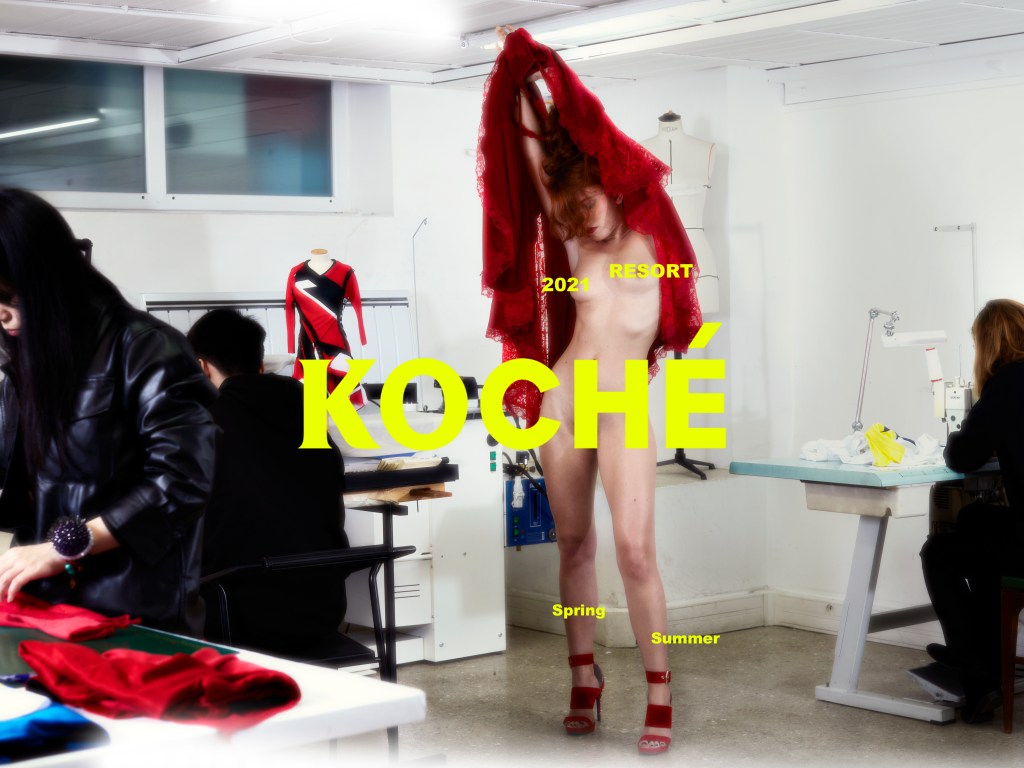