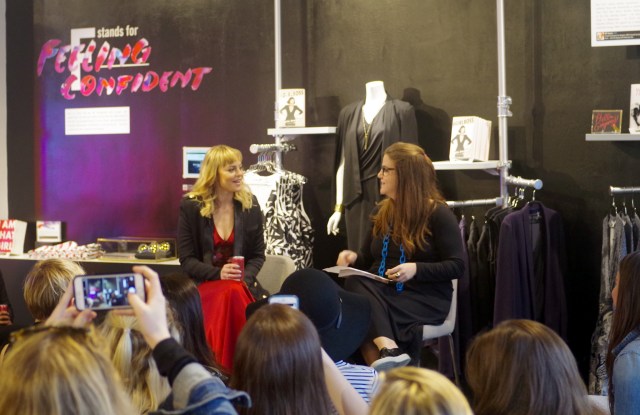 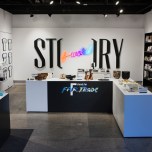 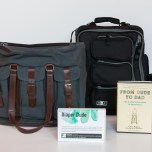 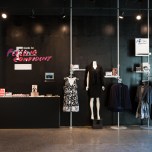 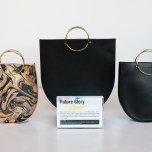 “A freak is a compliment and an insult and an endearing term,” said Sophia Amoruso when asked what her favorite word was that begins with “F” by Story founder Rachel Shechtman. “We all aspire to be freaks at some level.”

The Nasty Gal founder stopped by for a conversation with Shechtman at her New York concept store, which takes the “viewpoint of a magazine” and changes themes every four to eight weeks. March’s “Story” is feminism and explores the way culture approaches the term. Mindy Grossman, Ashley Graham and Kim Barker will partake in similar events at the space this month.

During the one-hour Q&A, Shechtman asked Amoruso about what’s coming down the pipeline (a second book and a Netflix series), what she misses about the early days about starting a business and which brands she admires. Below, some highlights:

On her first book:
“I didn’t want to write a book that was the Nasty Gal history book and call it ‘Nasty Gal.’ #GirlBoss in many ways is a much broader idea. The ethos of #GirlBoss is the ethos of Nasty Gal. Writing a finite piece of work and publishing it is different from sustaining the never-ending stream of content a brand produces on social media and online. There is a lot of opportunity for Nasty Gal to connect what #GirlBoss has created back to the brand — but it also exists as its own thing.”

On failure:
“Success and failure are such binary terms. There is so much room in between those things, and it’s the ones who understand that who can look at their success and figure out what they did wrong.

“On the flip side, if you don’t set out to do what you wanted to achieve, you can find yourself failing at one thing and succeeding on a path you didn’t even plan on.…Seeking advice is an endless pursuit of mine.”

On brands she admires:
“Redbull, GoPro and Nike. There’s no women-specific brands that have ever broken through to be more than just fashion. In a perfect world, that would be someday what Nasty Gal represents. It’s a marathon, not a sprint.”

On leaving Nasty Gal as chief executive officer:
“While I’m not ceo, I still own most of the company. I’m the executive chairman. I’m involved at the brand level. I’m in the office four to five days a week, but I might step out to write a book here or there. Being able to do that is so amazing.”