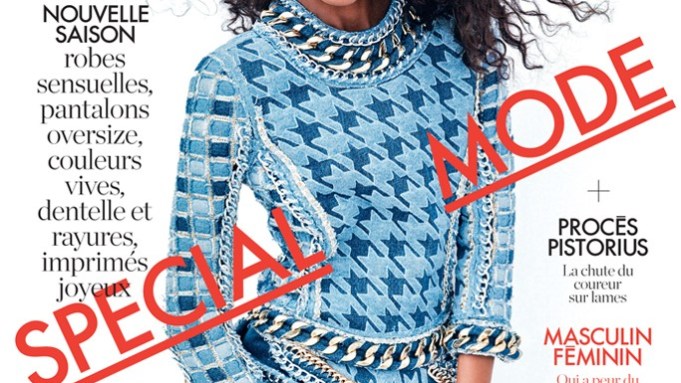 NEW-LOOK ELLE: French Elle’s makeover will be unveiled in its fashion issue due to hit newsstands Friday. The weekly magazine’s editor in chief Valérie Toranian said there have been visual tweaks to the title’s layout every two years, but this is the most noticeable change to date. The new layout is the brainchild of Tom Meredith, a consulting design director who has also worked on Elle Collections, the biannual U.K. publication focused on the runways.

“There are challenges in the publishing industry, which led us to rethink content,” Toranian said, adding the different rhythms of the magazine’s various sections have been made clearer. “The front of the book, called ‘Elle Info Hebdo’ [or ‘Elle Info Weekly’] has a newsy and playful aspect, with short and very creative formats. In the [inside] magazine pages, we focus on longer features…and fashion stories. We are giving more power to images.”

French Elle tapped Yann Weber as creative director, a newly created position in which he is responsible for the magazine’s visuals and style. Santiago Boutan remains artistic director. Among other masthead changes, Sophie Fontanel is now overseeing fashion, a role formerly spearheaded by Erin Doherty, who left earlier this month to become the editor in chief of Glamour in France.

Liya Kebede fronts the two different covers — one for subscribers that was photographed by Ben Morris, in which she sports Céline, and the other for newsstands, lensed by Andreas Sjödin, in which she wears Balmain.

In 2013, the paid circulation of Elle in France was 369,965, down from 382,860 in 2012, according to the Circulation Audit Bureau. Meanwhile, a redesign of Elle France’s Web site in September has already borne fruit. In December the unique visitor count rose 37 percent versus November to 2.4 million, Toranian said.

Lagardère Active, the publisher of Elle, launched Elle Malaysia, a monthly, on Feb. 21, bringing the total number of Elle editions up to 45.