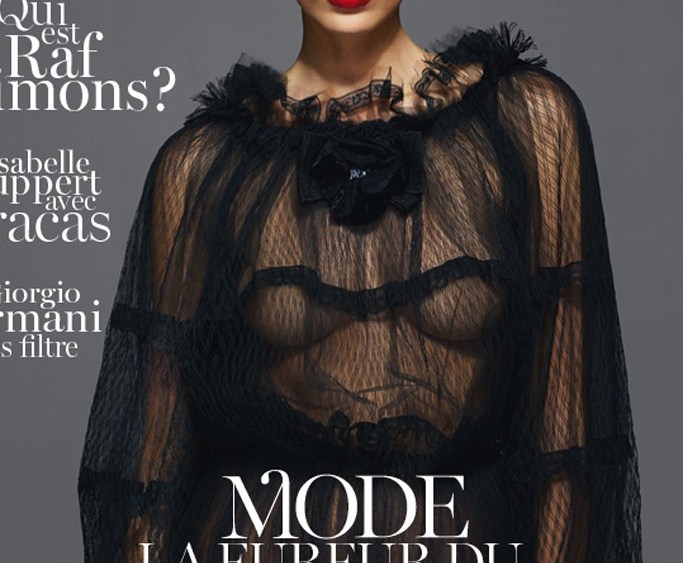 NEW LOOK VOGUE: French Vogue is getting a makeover with the September issue, which hits newsstands Aug. 23.

The magazine features a cleaner, airier design, with remodeled typography and the use of a craft-paper-like brown background — both of which hark back to its look in the Sixties and Seventies.

Vogue Paris editor in chief Emmanuelle Alt and Condé Nast France president Xavier Romatet told WWD that the aim was to reaffirm the magazine’s point of view with a chic, timeless identity. “Vogue Paris must have a Parisian point of view,” said Romatet.

“All the other Vogues carry a country name. Vogue Paris is the only one to carry the name of a city,” noted Alt. “Everyone fantasizes about Paris. It’s the concept of the ‘Parisienne.’ The ‘Parisienne’ is a girl who makes people dream worldwide, rightly or wrongly, a girl who represents a particular style, a taste, an allure.”

The new layout is the brainchild of 34-year-old Germain Chauveau, who earlier this year succeeded Johan Svensson as artistic director of the magazine. Only minor changes had been made since the previous layout, executed by Fabien Baron for the magazine’s December 2003-January 2004 double issue. Prior to that, the magazine was art directed by design duo M/M (Paris).

The visual tweaks come 18 months after Alt succeeded Carine Roitfeld as editor in chief. “It is very important to make your mark on the layout, to have a magazine tailor-made for the content you want to have,” she said.

Alt said she wants to feature even more profiles, a move already noticeable in the August issue, but also more fashion stories centered on people who represent the Vogue aesthetic.

Doré’s new column is one example. Starting with the September issue, she will contribute a two-page feature called “Humeur” (“Mood”) with her view on a fashion-related topic, peppered with the blogger’s own illustrations.

The theme of the September issue, which runs to about 420 pages, is the color black. Three different covers feature Kate Moss, Daria Werbowy and Lara Stone wearing the same Dolce & Gabbana black dress and photographed by Mert Alas and Marcus Piggott, who shot 64 fashion pages for the issue. There are also features on designers Iris van Herpen and Gareth Pugh.

In 2011, the paid circulation of Vogue Paris in France was 121,103, up from 121,055 in 2010, according to France’s Circulation Audit Bureau. “We are anticipating 2 to 3 percent growth in 2012,” Romatet said, pointing out that Vogue Paris is faring well compared to other publications. A redesign of Vogue France’s Web site, vogue.fr, has already borne fruit. The number of unique visitors to the site is up 35 percent since it was relaunched in February 2012, and advertising revenues on the site have doubled, Romatet said.