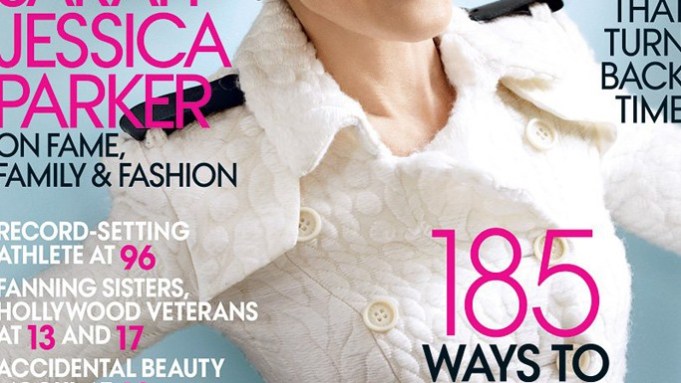 No matter what crisis there is on the newsstand, there are a few people who sell no matter what.

Take Sarah Jessica Parker. She pops up on the cover of Elle back in January, Vogue in August and Marie Claire in September and delivers each monthly its second or third best seller of the year. Or, let’s consider Heidi Klum, who can help deliver Lucky its second best seller in March (175,000 sales in a year when they need it!) or bring the August Glamour its second best performer (510,000 sales, in a year when they really need it!). Or Jennifer Aniston, who was Marie Claire’s top seller of the year in that sleepy summer month of July, and, from all indications, delivered Elle one of its best performers of the year in November.

It’s that time of year, everyone. Time to look back and see who sold (and who didn’t) at the newsstand for monthly magazines in 2011. All data is taken is from the Audit Bureau of Circulations, much of it from the Rapid Report, which is subject to minor change since it has not been audited. The majority of publishers have filed results through October or November issues.

So, if SJP, Heidi and Jen are consistently sellers — and have been for some time — isn’t there a newcomer we can add to the list?

Mila Kunis was the new runaway success of 2011. Kunis’ August GQ cover delivered 205,000 sales, by far its biggest hit of the year, through November. She took to W in March and delivered sales 15 percent above average for the fashion monthly. She was the February cover star of Cosmopolitan and brought in 1.7 million sales, which is nearly 10 percent better than the monthly’s average for the first half. And then she graced the cover of Elle in August in a portrait with Justin Timberlake, which brought in 250,000 sales, fourth best of the year for Elle.

But Timberlake should take comfort in the fact that he isn’t the only heartthrob who can’t sell: Justin Bieber bombed, too. Bieber took Vanity Fair’s cover in February and tanked — it sold 245,800 copies, the third worst seller since Graydon Carter took over the magazine in 1992. Bieber then appeared on the cover of a Rolling Stone issue in March, and sold 5 percent worse than average for the biweekly. But we’ve known this for some time. He appeared on the cover of Teen Vogue and sat down with People last year and sold 10 percent and 25 percent worse, respectively, than average for both titles.

Other bad years: Mrs. Andy Roddick, Brooklyn Decker, posted 81,000 sales for Esquire in February, its second worst performance of the year. Apparently she doesn’t work for women’s books either, as she brought in a mere 182,000 sales for Self, which is 25 percent below the monthly’s average in the first half. Moral of this story, Brooklyn: Stick with Sports Illustrated.

Fergie struggled at the newsstand as well, with the worst seller of the year for Allure in July and the fourth worst cover for Lucky in June. Also, Michelle Williams sold poorly at Marie Claire (third worst performer with 202,000 sales) and for Vogue (second worst performer with 296,000 sales). Likewise, Reese Witherspoon struck out with Vogue (303,000 sales), Marie Claire (242,000 sales) and Glamour (440,000 sales), which represented a below-average performance for each of the monthlies.

It’s impossible to talk newsstand in 2011 without mentioning the person who landed on more covers than anyone: Kim Kardashian. She was Glamour’s bestseller of the year with her February cover and Cosmopolitans’s bestseller as well, when she helped bring in 1.8 million sales in August. But her results elsewhere were mixed. Her Harper’s Bazaar cover in March, her April Self cover and her November Lucky cover were all mild hits — they sold a few percentage points above average. Her December Marie Claire cover isn’t expected to be a barn burner, and a source said that her January 2012 Glamour cover with sisters Khloé and Kourtney is on track to fall below 400,000 sales — a really poor performance. Perhaps the Kardashian Krash is beginning?

And then there were the performers who had an up-and-down year: Gwyneth Paltrow was Elle’s best and Self’s second best, but her Bon Appétit cover in June and her January InStyle cover both sold below average for the monthlies. Emma Stone’s July Elle cover was the monthly’s worst performer and her Vanity Fair cover was its third worst, but she scored with Teen Vogue (second best), Glamour and W. Olivia Wilde scored big with Women’s Health (its best), Allure (its second best) and Cosmo (third best), but not Marie Claire (below average) and Glamour (its third worst).

And finally: What about Lady Gaga? Last year, Gaga was the absolute star of the newsstand. This year? She finally showed some chink in her armor. And why? She wasn’t in costume. Her October Harper’s Bazaar, which featured a Gaga close-up without any makeup, sold only 119,000 copies, its third worst seller of the year. Last year, Jessica Simpson went without makeup for Marie Claire and it was one of its biggest bombs of the year. But when Gaga got all dolled up, she worked: Her March Vogue cover was its second best seller of the year and her May Harper’s Bazaar cover did far better than its autumn counterpart: It sold 159,000 copies, its third best of the year.

So, Graydon, take comfort in your January 2012 cover with Gaga. She’s dressed up just fine.