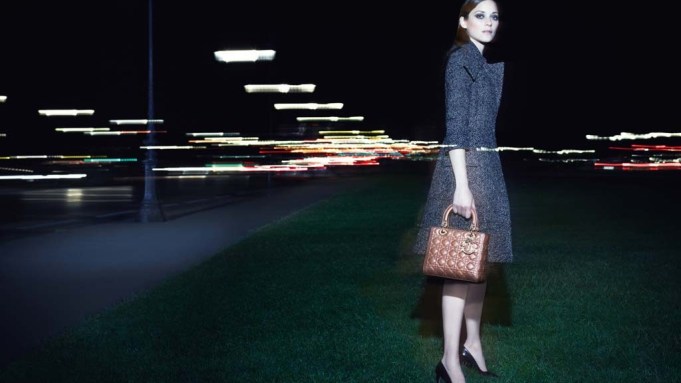 NIGHT OWL: Marion Cotillard is burning the midnight oil for Dior. In her latest Lady Dior campaign, Cotillard is seen in the City of Light — posing at night on the Pont Alexandre III against a fusion of electric lights representing the city’s hectic traffic. The actress wears looks from the pre-fall collection by Dior designer Raf Simons, while sporting three new versions of the Lady Dior bag in printed silk twill or metallic leather. The ad, shot by Craig McDean, is slated to break on Saturday in Vogue Thailand, before being featured in Harper’s Bazaar Brazil on Oct. 27 and Vogue Japan on Nov. 28. It is also to be unveiled on Diormag.com on Thursday with a 30-second-clip from the set.