Nora Ephron, a Woman of Letters, Dies at 71

The writer, perhaps best known for screenplays including "When Harry Met Sally" and "Sleepless in Seattle," was celebrated for her wry humor all of her life.

By Lorna Koski and Amy Wicks and Erik Maza on June 26, 2012
View Slideshow 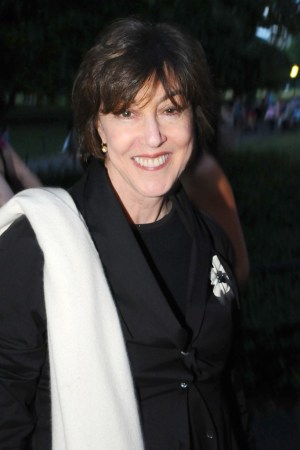 Every once in a while somebody who ought to know better asks the question, “Can women be funny?” Offensive as this query is in itself, there was a definitive answer to it in the form of one woman, Nora Ephron. Ephron, who was 71, died in a hospital in New York City Tuesday of leukemia.

“WWD is — through what its publishers think of as journalistic resourcefulness and its victims think of as dirty pool ­— the most ubiquitous, influential, snoopy, controversial, despised and adored publication in the fashion world,” Ephron wrote at the time.

She added, “The Ladies subscribe to WWD to read about themselves, to find out what clothes they are buying and what they should buy, what designers they will patronize next, what restaurants are fashionable, where their friends are this month and whom they are in love with. But there is one more reason the Ladies read WWD. It is seen as their Surrogate Bitch. Delightful, delicious, delectable, delirious, the newspaper is, but it is also as bitchy as can be.”

In 2009, WWD, clearly having buried the hatchet, interviewed her in connection with a critically acclaimed play she had written with her sister, Delia, called “Love, Loss and What I Wore,” based on Ilene Beckerman’s book of the same name. “If you just say to anyone, point blank, to talk about their clothes, they talk about their mothers,” Nora said. “It’s so loaded with mother stuff.” Their own mother, the noted screenwriter Phoebe Ephron, wore suits from Matthews and Amelia Gray, but “she didn’t think about clothes in any real way,” she added, “except if you were a teenager and she didn’t understand why it mattered so much to you that you have a reversible Pendleton pleated skirt.”

At the time, both sisters remembered that their first marriages weren’t stellar, but their wedding dresses were. “My first wedding dress…it was so darling,” Nora said. “It was a little white dress with a collar, right at the height of the whole minidress period. It came to there [she drew a line high above her knees] and it had little scallops around the bottom and it was really slim.” To marry her third (and final) husband, writer Nick Pileggi, she wore a Holly Harp gown that was “spotted like a dalmatian.”

“It was just a disaster,” she said. “You had to be, like, Christie Brinkley at 30 to wear it. That, plus my permanent — it was a miracle he married me, that’s all I can say.” Her signature look came to be black pants and a long-sleeve black pullover, a look she herself described as “a complete cop-out.”

In a statement sent by e-mail, Tom Hanks said, “Nora Ephron was a journalist-artist who knew what was important to know; how things really worked, what was worthwhile, who was fascinating and why. At a dinner table and on a film set she lifted us all with wisdom and wit mixed with love for us and love for life. Rita and I are so very sad to lose our friend who brought so much joy to all who were lucky enough to know her.”

In a statement to WWD, Mike Nichols said, “What kind of a place is this? I feel like someone reached in and grabbed my compass from around my neck and threw it from a moving train. How will I navigate? I think a lot of friends and readers will feel like that. Nora was so funny and interesting that we didn’t notice that she was necessary. She is absolutely irreplaceable.”

Through her publicist, Meryl Streep offers her own recollection of Ephron: “Nora was a person whose gifts of mind, amply displayed as a young person in her sharply observed journalistic pieces and in her personal wit, were, when I first met her, kind of scary: aimed and airy at the same time, an insouciant sharpness that could be intimidating, because you could never catch her ‘trying,’ everything seemed effortless. But as I got to know her, I understood what drove her was her acute curiosity, and her desire to observe and find out stuff. It’s what made her great as a journalist, and as a director, too. She thought fast, loved new ideas, processed swiftly, decided what was valuable and what was not with clarity. It’s hard to credit how very smart she was, ’cause she was always deflectively feminine and funny, the sharpness of mind softened and smoothed by genuine charm.”

Ephron was born in New York City, the oldest of four daughters of Henry and Phoebe Ephron. When she was four, they moved to California to write for the movies; their works included “Carousel” and “Desk Set,” both of which Henry also produced, and “There’s No Business Like Show Business.” They became alcoholics, however, and in their later years went into steep declines. Nora’s three sisters, Amy, Hallie and Delia, are all writers. Nora went to Beverly Hills High School and Wellesley, graduating in 1962. Her parents based the play and screenplay for the film of “Take Her, She’s Mine” on Nora’s letters to them from college.

Ephron’s marriage to Bernstein ended when she learned he was being unfaithful to her with Margaret Jay, wife of the British ambassador to the U.S. Their marriage became the subject of the best-selling novel and film, “Heartburn.” Bernstein, of course, is the reporter of Watergate fame, and Ephron and her son Jacob would say for years that Deep Throat was Mark Felt, but weren’t believed.

Survivors include her husband, two sons and three sisters.

Details on services could not be learned at press time.