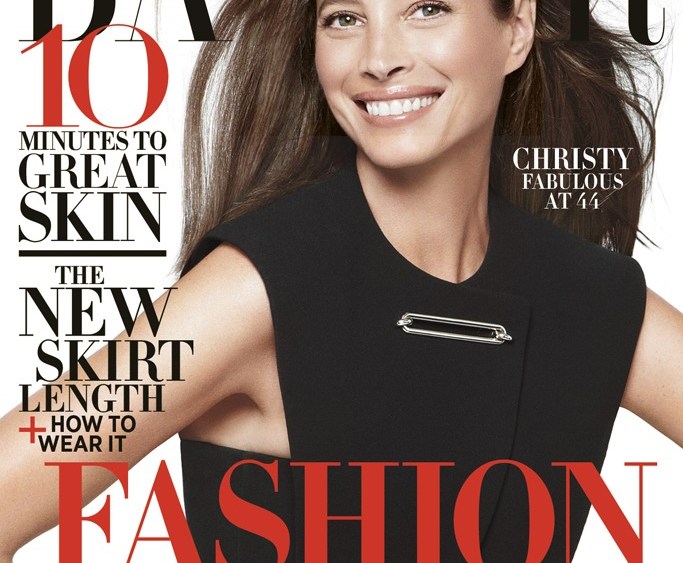 NUMBERS GAME: Memorial Day weekend could not have come soon enough for the magazine industry.

With less than two months to go before the make-or-break September issues close, the pressure is on to enter the last stretch of the year on a strong note with advertisers.

This year, there’s added pressure on September, since the first half, from January to June, had the misfortune of competing against what was a robust 2012 first half and so looked softer by comparison, though several of the major fashion magazines are up slightly for the period.

From January to March, magazines had a total of 31,137 pages, down 4.8 percent, according to the Association of Magazine Media. Media Industry Newsletter reported the declines to be smaller, 0.12 percent in the first quarter and 0.86 percent in the second quarter.

Let’s start with the magazines that maintained their momentum. In the first half of last year, Harper’s Bazaar, which reduced frequency to 10 times a year in 2012, had 13 percent more pages than the year before. This year, publisher Carol Smith pushed ad pages to a little more than 900, a 19 percent surge over the same period in 2012, according to MIN.

Thanks to former publisher Connie Anne Phillips, who resigned from Time Inc. in early May, InStyle, coming off a decent first half in 2012, is again off to a solid start in 2013, with a total of 1,261 pages, the most out of any of the fashion magazines, and a haul that is up nearly 4 percent. But can the magazine keep up the pace now that Phillips is out of the picture?

At Susan Plagemann’s Vogue, which claims nearly 1,181 pages through June, paging is also up a little more than 4 percent for the period.

The competition between the glossy supplements from The New York Times and The Wall Street Journal is still healthy, with both titles posting double-digit jumps — WSJ., run by publisher Anthony Cenname, posted 252 pages through its June 13 issue, or nearly 30 percent above the previous year, while T: The New York Times Style Magazine, under group vice president, advertising Todd Haskell, has 13 percent more pages, at 486. (Without the May design issue, which was discontinued, the magazine is up 26 percent in total ad pages).

The caveat in all the increases — and declines — is the rates publishers charged per page. Only they and their clients know the truth, since wheeling and dealing is standard operating practice, no matter what they say.

Allure, Marie Claire and W were way ahead of the pack through last June, each with percentage jumps in the double digits. Against those records, their 2013 first half can only pale in comparison — Allure has nearly 690 pages for the period, or less than 1 percent above last year, while Marie Claire, at 756, is up nearly 3 percent. W, now under new publisher Lucy Kriz, has 549 pages, up 9 percent. Elle has the third-highest number of ad pages, behind Vogue and InStyle, with 1,157, up 5 percent. Cosmopolitan and Glamour both were down a little more than 2 percent at the same time last year, but only Cosmo has recovered for the first half — at 696 pages, it’s up 6 percent. Glamour, down nearly 4 percent, boasts 671 total ad pages. Vanity Fair has 647 pages, down almost 6 percent to what is roughly the same amount of ad pages the title had in 2011 (it had 685 pages at the first-half mark in 2012). Lucky’s new general manager and senior vice president, Gill Gorman Round, brought the magazine out from a 17 percent drop in ad pages through last summer. Now it is down only 6 percent at 382 pages. O, The Oprah Magazine was down 16 percent to 479 pages, the second year in a row it’s posted double-digit declines in the first half. The magazine was shaken in April with the departure of editor in chief Susan Casey.

Two categories in particular that were slightly weak through last summer are thriving so far: food and men’s. Bon Appétit and Food Network, from Condé Nast and Hearst Corp., respectively, posted double-digit jumps in advertising. BA had 347 pages, up 25 percent, while Food Network had 472 pages, up 16 percent. Details, at 350 pages, is up 19 percent; GQ, at 531, is up nearly 11 percent, and Esquire has 439 pages, up 6 percent. Rivals Men’s Fitness and Men’s Health are running neck and neck, and both are up double digits, 36 percent and 25 percent, respectively, following redesigns and new editorial management.

That was enough for Men’s Fitness publisher Patrick Connors. “Let the holiday weekend begin!” he said Thursday in a tweet from LaGuardia Airport on his way to Miami.