Japanese illustrator Yuko Shimizu and director James Lima have developed a short film for the 40th anniversary of the brand’s greyhound logo. 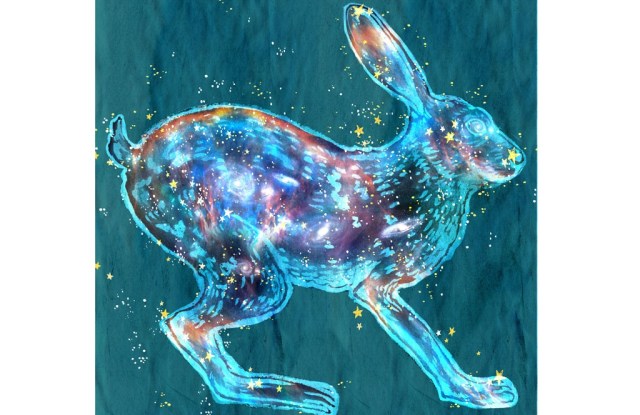 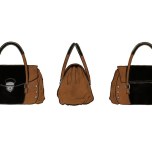 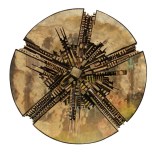 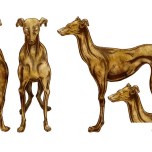 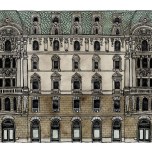 OFF TO THE RACES: Trussardi has turned to Japanese illustrator Yuko Shimizu and director James Lima to develop a short animated film to mark the 40th anniversary of the brand’s greyhound logo. Titled “Sky Watcher,” the movie will be available online on the brand’s Web site on Thursday, but the Italian company will hold a cocktail event in Milan and Tokyo to celebrate the launch a day earlier. Creative director Gaia Trussardi will host the party in Tokyo at the Two Rooms restaurant, while her brother Tomaso will be present at the Milan event at the company’s headquarters and boutique near the La Scala theater.

Iconic Milanese sites, from the Duomo cathedral to the Navigli canals, serve as a background to a tongue-in-cheek and imaginative race between the constellations of Sirius, a golden greyhound, and the rabbit Leparus. Both spring to life at night, with Leparus leaping down to earth and Sirius morphing from its shape as a golden statue placed at the Trussardi Milan store. The pair playfully spring in and out of the city, bringing to life many of its statues until morning comes.

“We wanted to provide emotions through images and music, without the need to explain the history behind our brand,” said Gaia Trussardi. The designer confessed her own personal love for Japanese cartoons. “Yuko Shimizu has a dreamy vision, without becoming abstract,” said Trussardi, who also praised Lima as “a master in special effects.”

The music is “Canvas (PACT Remix)” by Tiny Dragons and supervising the music was British musician and record producer Steve Mackey, a former member of cult band Pulp.