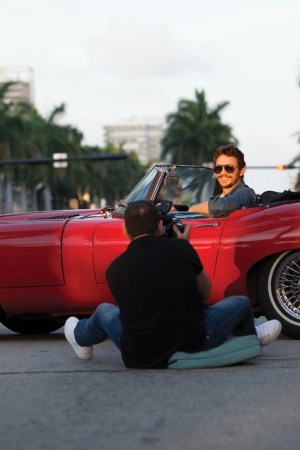 OMNI-FRANCO: Further strengthening his ties with Gucci, James Franco will front the Italian brand’s eyewear campaign for fall, donning the new Black Bamboo sunglasses and photographed by Mert Alas and Marcus Piggott. The campaign will make its debut globally next month. Produced by Safilo Group, the Seventies-inspired aviators are a sophisticated evolution of the classic Bamboo version launched for spring 2013.

The natural bamboo cane is one of Gucci’s most distinctive signature motifs since 1947, employed on several products, from handbags and ready-to-wear to jewelry. The Black Bamboo sunglasses will be available at Gucci boutiques and selected opticians starting October 2013. Franco is also the face of the new Gucci Made to Measure fragrance for men, produced and distributed by P&G Prestige.

RELATED STORY: Gucci Launching Made to Measure, a Men’s Scent >>