All in all, more than 30 photographers are featured in the latest fashion tome from publisher Prestel. 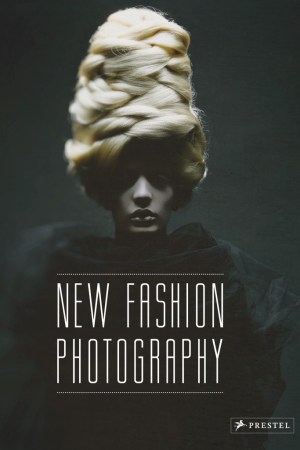 ON SHOW: The latest fashion tome from publisher Prestel, “New Fashion Photography,” is having a living launch on the walls of Berlin’s Contributed, the gallery owned by curator, author and journalist Nadine Barth. The photos will be on display until May 18.

The book, which was edited by Paul Sloman and Tim Blanks, includes shots from Nick Knight, Rankin, Miles Aldridge and Ruven Afanador, as well as newer names such as Kourtney Roy, Daniele & Iango and Aram Bedrossian, who, along with Bruno Dayan, made it to Berlin for the launch. All in all, more than 30 photographers are featured in a selection Sloman calls “hierarchy-free.”

“The book is an exciting combination of big-name heavy-hitters that many people will recognize and a younger wave of experimental photographers who have been either inspired or nurtured by them,” said Sloman, who wasn’t in Berlin for the event.

“High-end fashion photography in the 21st century is creating amazing escapist worlds, but at the same time these images go very much to the heart of the way we think about ourselves,” Sloman commented.