The candidate for last year’s Rookie of the Year award will join Greg Norman in a new marketing campaign for the Greg Norman for Tasso Elba golf collection. 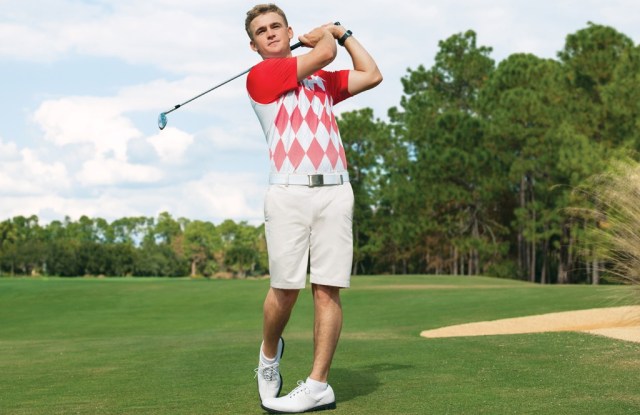 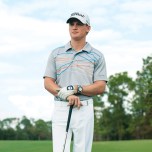 ON THE TEE: In the two years since its debut, the Greg Norman for Tasso Elba collection has become Macy’s largest golf brand, eclipsing Izod, Puma and other well-known names. To further expand its penetration, Macy’s has turned to PGA Tour player Bud Cauley, a 22-year-old Florida native and candidate for last year’s Rookie of the Year award, to join Greg Norman in a new marketing campaign that will kick off next month.

“The campaign brings a young, rising PGA golf star to the mix,” said Nancy Slavin, Macy’s Merchandising Group’s senior vice president of marketing. Slavin said he “wears the clothing youthfully and will bring a younger customer to the golf zone, which lives inside our men’s sportswear area.”

On tour, in advertising and during special appearances, Cauley will wear the slimmer-fitting Shark Greg Norman for Tasso Elba line, geared to a more fashion-forward shopper. The ads were shot by fashion photographer Walter Chin at Tiburón Golf Course at the Ritz Carlton Naples Golf Resort, which was designed by Norman.

A video was also shot that features the two golfers and “positions Greg as a mentor,” Slavin said. The video will be shown on macys.com and on other digital outlets. The print ads will run in Golf Digest as well as regional magazines such as Texas Monthly.