An eyeful of the latest "It" bauble and the first thing most style-savvy women want to reach for is their credit card. 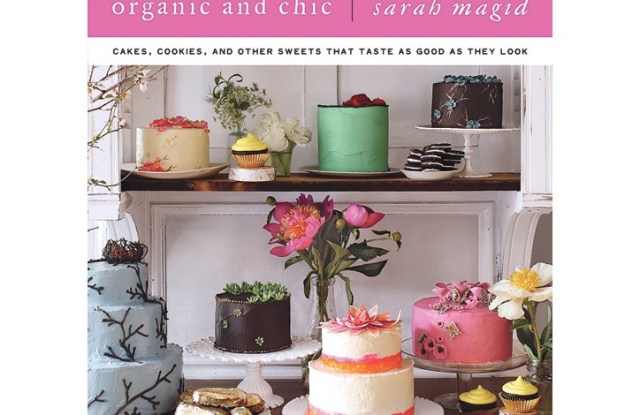 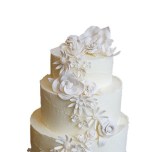 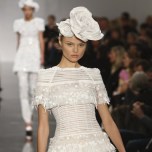 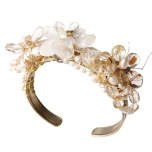 This story first appeared in the April 20, 2009 issue of WWD. Subscribe Today.

That’s because Magid, a 32-year-old organic pastry chef who runs a made-to-order cake business out of her home and whose first cookbook, “Organic and Chic,” comes out in June, draws inspiration for many of her high-minded confections from jewelry seen on the runway.

“I think of my cakes the same way I think of accessories — as statement pieces,” she says.

And how. Magid’s repertoire includes a three-tiered sugar paste nod to the paper headdresses featured in Chanel Couture’s spring 2009 collection as well as a cake replete with gelatin flower decals that echo the necklaces from Marni’s fall 2008 show.

These may be esoteric references for an armchair fashion follower, but Magid isn’t exactly an industry outsider. Before founding her business, the FIT grad spent 10 years designing jewelry for a slew of companies including Coach, Liz Claiborne, Henri Bendel and Lee Angel. Three years ago, Magid, then at J. Crew, decided to jump ship after the baked goods she brought in for staff meetings garnered rave reviews from coworkers. “It became kind of a joke,” recalls Magid. “Like, ‘You should just quit and have a bakery.’”

From that point, Magid insists the jump from ice to icing was a breeze. “Designing jewelry and designing cakes contain very similar creative processes,” says the California native, who sketches each cake before heading into the kitchen. “Both are about making things of beauty.” Today, she designs about 60 pastries per year for a clientele she describes as “60 percent foodie types, 40 percent fashion types.”

Magid hasn’t totally cut ties with the jewelry world either. She still accepts the occasional freelance design gig and sells her own baubles at local boutiques, including Fort Greene’s Jan & Aya.

And she still can’t shake her fashion world-lexicon. Of her bestseller, a Twinkie-inspired single-serving  dessert covered in golden icing aptly known a “Goldie,” she declares, in her best fashion-editor speak, “They’re the new cupcake.”