It is the first luxury brand to launch a Facebook commerce, or F-commerce, initiative contained entirely on the social medium. 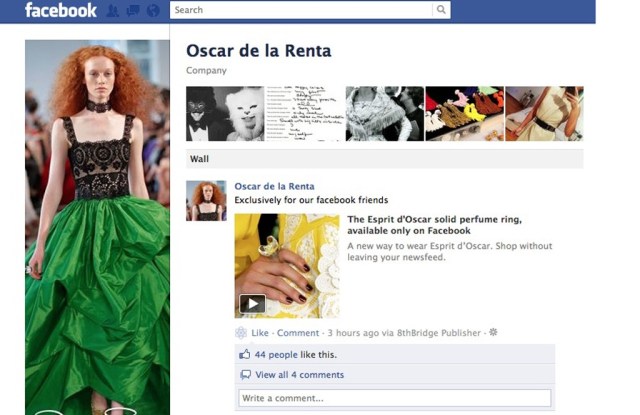 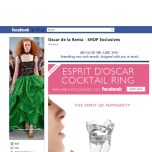 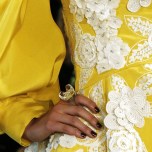 NEW YORK — Oscar de la Renta is the first luxury brand to launch a Facebook commerce, or F-commerce, initiative contained entirely on the social medium where it has over 283,000 followers.

The brand, in conjunction with social commerce solution 8thBridge, unveiled its first Facebook shopping experience today for the debut of its $65 Esprit d’Oscar solid perfume ring — the latest addition to it’s jewelry collection (it was featured in the spring 2012 runway show) and the second major project surrounding the fragrance on the platform.

While Oscar de la Renta is not the first high-end fashion company to implement an F-commerce component, it is the first to offer a commerce experience from beginning to end without leaving Facebook. In fact, the whole transaction can be done either on a tab on the brand’s page, or if the user prefers, without even leaving his or her newsfeed.

“It’s an experiment for us and it’s an experience that wont be limited to just this ring. Over the next six months, we have plans to consistently introduce new products over Facebook,” said Oscar de la Renta’s chief executive officer Alex Bolen. “The Facebook community is obviously massive, huge and [continuously] growing, and to be able to communicate effectively and to engage the community surrounding our brand is a hugely important objective. I feel confident that if we can engage people, they will become customers whether it’s today, tomorrow or in the future.”

He adds that the most difficult thing for the brand digitally thus far has been making sure that it does things that are authentic and appropriate, but that also appeal to what the company perceives to be the Facebook world and its audience. Bolen admits that ultimately some things will work and some won’t, and obtaining data and reacting to it is paramount, as metrics in the social landscape are changing.

“Increasingly for us, it’s not so much about numbers but developing evangelists and engaging people that are real brand ambassadors. We want to echo about Oscar around the internet, and we want to find fans and really make sure they are deeply engaged, and ultimately — [although it’s] a little bit up in the air, we want them to be customers. Everything we do is oriented towards business, but the first thing we need to do is get people engaged, and then we will find out how best to commercialize this engagement,” Bolen said.

Oscar de la Renta’s vice president of communications Erika Bearman — better known as OscarPRGirl to her followers in the digital realms of Facebook, Twitter, Foursquare, Tumblr and Instagram — interjected: “I just got a direct message on Twitter from an ‘evangelist’ whose Facebook was blocked at her office and she was worried that by the time she got home this evening that the ring would be sold out. She was asking me if I thought it would still be available tonight.”

True to form, Bearman replied to the message instantaneously, assuring said evangelist that in the event that the perfume rings sold out, she would personally put one aside.

Facebook-exclusive merchandise — Diane von Furstenberg’s Wrap of the Month, for example — as well as exclusive previews and customizable products, such as Longchamp’s design a Le Pliage bag application, are some of the smartest ways to engage fans and signal innovation, said Maureen Mullen, director of research and advisory at Luxury Lab, or L2 Think Tank. She contends that while checkout takes place through the brand’s site most of the time, Oscar de la Renta takes advantage of sharing at the point of purchase (which keeps fans on the medium the whole time).

According to Mullen, Bulgari launched F-commerce in May with jewelry that retailed for $12,000 and up, but took it down after just three weeks and Chanel did a limited time, pre-release F-commerce offer for its Rouge Coco Shine for fans in April. However, in both cases, although browsing, shopping and putting in cart occurred on the medium, checkout was done through each brand’s e-commerce sites.

The fashion house originally celebrated the launch of the Esprit d’Oscar scent the first week of April, and Bearman cited the Facebook project as being effective in attracting fans on the platform. The brand’s “likes” grew by 40 percent in a one-week period, and 5,000 users participated in a feedback survey on the scent, post-sampling (25,000 fans “liked” de la Renta’s Facebook page in order to receive a sample of the fragrance).