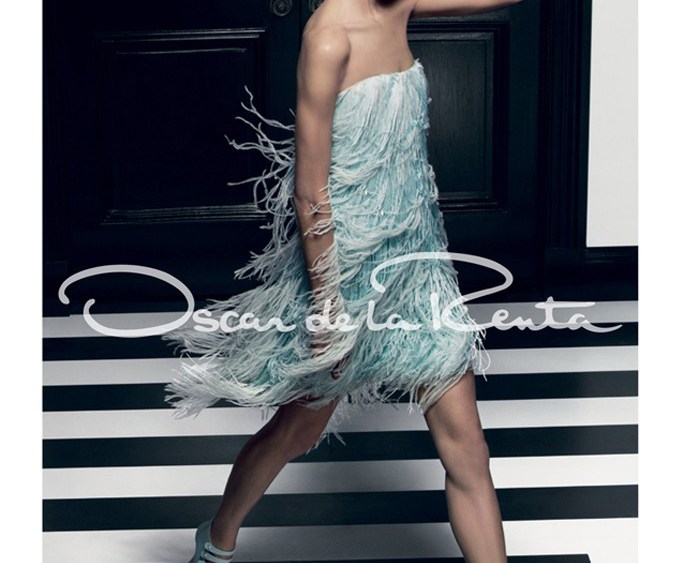 OSCAR TAPS KLOSS: Just as the controversy about her risqué 18-page, Steven Meisel-shot spread in Italian Vogue was slowing down, Karlie Kloss is racing into the new year. The 20-year-old Chicago native looks noticeably more refined in Oscar de la Renta’s spring ad campaign. (In addition to introducing a Tumblr, she also appears in spring ads for Elie Saab and Free People.) De la Renta is said to have upped his media buy by 20 percent. Shot by Craig McDean and styled by Alex White, the ads feature the leggy model with a handbag positioned prominently in one photo, and in another wearing some killer heels in a close-up. The model was also caught behind oversize seafoam-colored sunglasses that de la Renta has done with Linda Farrow for spring. The ads will break in March fashion books.