Out of the Frying Pan, Into the Fire

It started as a magazine assignment: Bill Buford, then-fiction editor of The New Yorker, was tasked to profile celebrity chef Mario Batali. 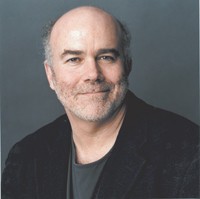 NEW YORK — It started as a magazine assignment: Bill Buford, then-fiction editor of The New Yorker, was tasked to profile celebrity chef Mario Batali. An amateur cook with aspirations, Buford used the story to wrangle an apprenticeship in the kitchen at Babbo. Before long, he was ducking out of the office to take workshops in sausage making and traveling across Italy to ferret out ancient pasta recipes. Buford’s experiences, recounted in several New Yorker articles, are the subject of a new book, “Heat,” out now from Alfred A. Knopf. He took time out from his book tour to chat with WWD about the importance of simplicity, the outsized charm of Batali and whether England has a shot at the World Cup.

WWD: You were The New Yorker’s fiction editor, and then you left, more or less, to train as a chef. What’s your status at the magazine now?

Bill Buford: I’m there now full time as a writer. I made the shift from management to labor.

WWD: What compelled you to give up one of the most envied jobs in publishing to become, in your own words, a “kitchen bitch”?

B.B.: When I first went to work for Mario Batali, I said, “Mario, I’m a little uncomfortable. It’s the first time I’ve not been behind an editorial desk in more than 20 years.” And he said, “It’s about f—ing time.” So that was part of it. It was about f—ing time.

WWD: An awful lot of writers seem to be talented cooks, or at least enthusiastic ones. What’s the connection between the two pursuits?

B.B.: One of the things I learned is what a cook goes through to become an accomplished chef is not that different from what a writer or artist goes through. There’s a lot of time in the wilderness. These cooks will go through training in which they’re not getting their due for 10 or 12 years. There’s a very similar kind of commitment to learning a craft.

WWD: Of all the celebrity chefs out there, Mario Batali seems to have established one of the more intense cults of personality. What do you think it is about him people find so magnetic?

B.B.: It’s about 5,500 things. He’s unusual among chefs in that he’s probably the smartest one out there. He’s got an unusual combination of being the regular guy, the class clown and the smartest guy in the neighborhood, with an encyclopedic knowledge of food. And that’s just too winning to be true.

WWD: Your portrait of him is admiring on the whole, but also filled with unflattering details about his behavior and the way he runs his restaurant. For instance, you describe him digging scraps out of the garbage to serve to customers. What was his reaction to all this?

B.B.: Mario said two things. When he finished reading the original New Yorker piece, he said, “It’s like standing naked in front of the mirror for 24 hours.” When he finished the book, he said, “I’m suitably weirded out. And, also, I can’t believe the access we gave you.”

WWD: Your friendship with Mario began when you invited him to a dinner party at your apartment, nearly giving your wife a panic attack. Now that you’ve learned the secrets of legendary chefs, what meal would you make to impress in such a situation?

B.B.: I wouldn’t try to impress anybody. I would do something much simpler than the meal I made for Mario, which involved pastries and wild mushrooms and reduced sauces. One of the things I’ve learned was the virtue of simplicity. I would cook with the seasons and just do something much simpler. Spring peas are at the market at the moment, and so are eggs. Eggs have much more of a season than most people realize. So I might make some homemade pasta with peas and guanciale and maybe a simple piece of roasted meat. Or maybe pork roast covered with fennel pollen and spring vegetables.

WWD: Besides food and writing, you’re also a passionate fan of British soccer. How do you like England’s chances?

B.B.: It would take a miracle. But if they can get past the first round, they have as good a chance as just about anybody else, I guess.