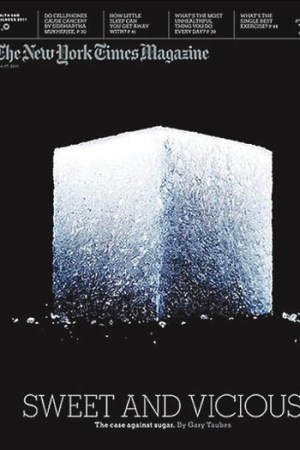 OUT OF THE STARTING BLOCKS: So far, so good for Hugo Lindgren and Sally Singer. The New York Times’ magazines saw “double-digit” increases in ad revenue in the first quarter, said Times Company chief executive Janet Robinson in an earnings conference call on Thursday.

She credited Times Magazine editor Lindgren’s relaunch and redesign, which started in early March, for encouraging a “strong showing” from advertisers, particularly in health care, real estate and financial services. Robinson said there was “growth” in Singer’s T Magazine, as well.

Ad pages were up 10.5 percent in the first quarter, according to the Publishers Information Bureau. The magazines’ total ad pages — 509 — return it to first-quarter 2009 levels, but that total is still well behind ad performance in 2008, when the magazine group had 858 pages in the first quarter (back then, the Times published the quarterly Play and the weekly magazine had a bigger trim size).

But it’s a good early sign for both Singer and Lindgren. Singer is out to maintain T’s financial success while executives hope that Lindgren can create a more hospitable environment for advertisers than the previous iteration of the weekly magazine.

On the Internet paywall front, Robinson said that three weeks after the Times debuted digital subscriptions, the company already has 100,000 paying customers for its Web site. She said that since it’s “so soon after launch” there aren’t a lot of conclusions to draw from it. For instance, it’s too early to tell if this rate will continue or whether customers who are paying discounted prices now will renew once they have to pay full price for a digital subscription later. But Robinson said that the number already exceeds internal expectations. She also said that declines to nytimes.com Web traffic are “within our expectations,” without offering specifics, and that print subscriptions have increased since the launch of the pay model (print subscribers automatically get full access to the Web site). The Times will also spend an additional $13 million on the paywall for the rest of 2011, mostly on promotional costs, according to Robinson.

Overall, the quarterly results painted a familiar story for the Times: Total revenues, advertising revenues and circulation revenues were all down 4 percent. Net income dropped 57 percent to $5.4 million, down from $12.8 million last year.

Executives also mentioned that in the last four years the Times Company has cut $850 million out of its cost base.

TARGET’S CALYPSO CLIQUE: Calypso’s Lafayette Street location was converted into a pop-up shop for Calypso St. Barth for Target, which will be available in all stores stores and target.com on May 1 through June 11. Unlike some previous pop ups that were open to the public, the one-day Calypso shop was strictly for the press. The multicategory offering includes apparel, accessories, swimwear and lingerie for women, clothing for girls and babies, and home items such as decorative pillows, poufs, dinnerware and glassware. Metal candleholders are priced $7.99 to $29.99. The entire Calypso St. Barth for Target range is $1.99 to $79.99.

“When you look at the brand, it’s about color and a luxury lifestyle,” said Stacia Andersen, senior vice president of merchandising, home at Target. “Our guests can aspire and relate to that.” Eighty members of the media were invited, including representatives of national broadcast, online, print, long lead and bloggers. Each editor received a $50 Target gift card to shop the collection. It seemed that most — Target declined to comment — had baskets totaling more than $50 and had to fork over a credit card.

The Calypso St. Barth Target’s collaboration is Target’s first cross-category partnership since its Liberty of London one in March 2010.

MEN IN GRAY: Man About Town, a Paris-based biannual men’s title edited by Philip Utz, saved oodles on retouching and color printing with its spring/summer issue, which hits newsstands next week. It’s devoted to Hedi Slimane’s Los Angeles and is filled with his signature black-and-white photography, from the lined face of Brian Wilson on the cover to his more familiar cast of skinny youths, including Agyness Deyn in full tomboy mode. Slimane also rounded up a cast of cultural movers and shakers across the indie and legend spectrums, from music mavens Wavves and Beck to the writer Gore Vidal and artist John Baldessari. The 268-page issue features cheeky interviews with designers Rick Owens and Giorgio Armani and many fashion shoots with scant amounts of clothing.