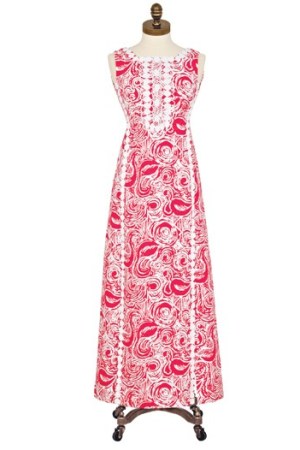 Lilly Pulitzer, whose signature preppy, colorful looks have attracted a fervent following for more than a half-century, has been purchased by Oxford Industries Inc.

This story first appeared in the December 22, 2010 issue of WWD. Subscribe Today.

Atlanta-based Oxford said Tuesday it has acquired Sugartown Worldwide Inc., the owner of Lilly Pulitzer, for $60 million in cash plus allowances. With earn-outs, the purchase price could be as high as $80 million.

During a conference call, J. Hicks Lanier, chairman and chief executive officer of Oxford Industries, said the acquisition was designed to “give more heft to women’s wear.” The company is primarily a men’s wear player with its Tommy Bahama and Ben Sherman lifestyle labels, as well as the Lanier Clothes tailored clothing division.

Lanier said his goal was a women’s brand that would be a “cultural fit” with “shared values, approach to business and vision of how to build lifestyle brands.” He said Oxford approached Lilly Pulitzer in January about forging a partnership.

Scott Beaumont, ceo of Lilly Pulitzer, and Jim Bradbeer, president, will remain. The Lilly Pulitzer headquarters will stay in King of Prussia, Pa.

Thomas Chubb, president of Oxford, said for fiscal 2011 the Lilly Pulitzer Group is expected to contribute sales of more than $75 million and operating income of more than $11 million, and to be accretive to earnings in excess of 40 cents a share. Depreciation is expected to be about $1.2 million for the year.

He said Lilly Pulitzer is “similar to our other brands,” with its blend of “direct-to-consumer” and wholesale. Together, the 16 company-owned stores and its e-commerce site account for 45 percent of sales. Wholesale distribution is primarily to better specialty stores, Lilly Pulitzer Signature Stores, which are operated by third parties under license, as well as upscale department stores.

Chubb said the plan is to add to the Lilly Pulitzer stable of company-owned retail stores and enhance its e-commerce site, which launched two years ago and accounts for more than 10 percent of sales. E-commerce is viewed as “the biggest opportunity,” he said.

The plan for 2012-2014 is to add four to seven stores a year “in carefully chosen locations.” The brand does the majority of its business on the East Coast, but California represents the third-largest customer base on the e-commerce site, Lanier said.

In November, the company agreed to sell its Oxford Apparel Group division to Li & Fung Ltd. for $121.7 million. Chubb said that after that deal closes, by the end of this year, Oxford will have no outstanding borrowings under its U.S. credit facility.

The sale of the Oxford Apparel Group, which produces primarily licensed and private label apparel, represents a dramatic shift in focus for the company to emphasize lifestyle brands.

The clear focus is on building brands that connect with consumers, and Lilly Pulitzer fits that mold. Its pink and green printed dresses and swimwear are instantly recognizable. With its resort orientation, spring and summer are the most important seasons for Lilly Pulitzer, accounting for about 60 percent of sales and a majority of its operating profit, Chubb said.

The brand was founded 52 years ago by Lilly Pulitzer Rousseau, whose take-charge work ethic was only enhanced by her socialite ways.

Bradbeer said that although the company “had been approached by interested parties many times in the past…we believe that joining forces with Oxford will enable us to best pursue our vision for the brand and to continue on our growth trajectory.”