Director Baz Luhrmann worked on his epic film, "Australia," to the last minute, but he didn't display too many frayed nerves at the movie's premiere last week. 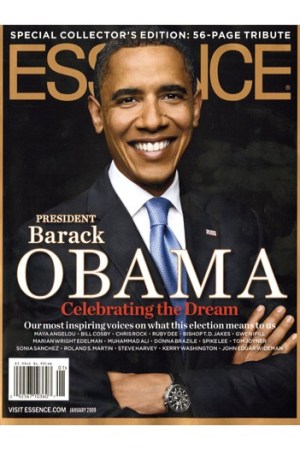 OZ COMES TO NEW YORK: Director Baz Luhrmann worked on his epic film, “Australia,” to the last minute, but he didn’t display too many frayed nerves at the movie’s New York City premiere last week. Neither did his star, Hugh Jackman — except for one moment of trepidation.

“I’m a little nervous because there is another Australian here named Rupert Murdoch and he hasn’t seen the film yet, so please clap along,” he begged the audience at the Ziegfeld theater. Murdoch, of course, is the mogul who owns 20th Century Fox, the film’s distributor.

This story first appeared in the December 1, 2008 issue of WWD. Subscribe Today.

Also on hand to cheer were Jackman’s co-star, Nicole Kidman, as well as Naomi Watts and Lauren Bacall.

At the after party at the Plaza, guests including Gayle King, Helena Christensen, Harvey Weinstein, Kelsey Grammer and Donna Karan filled the Palm Court for a buffet dinner. Gossip Girl Blake Lively gushed, “I can’t believe I’m at the premiere. I love big romantic movies,” while holding onto her boyfriend (and co-star) Penn Badgley. “I just got a call this afternoon from my friend inviting me.”

Murdoch’s daughter, Elisabeth, arrived just in time to support her dad, having spent her evening hosting the Daytime Emmys. “I just came to say hi,” she said. “I’m looking forward to seeing the film.”

Meanwhile, Aussie model Kylie Bax explained the biggest misconception she thinks people have about her native land: “That the Aboriginals are cannibals,” she said, matter-of-factly. “They are actually sweet, gentle people.”

VOGUE, THE MOVIE: The films in competition at the next Sundance Film Festival won’t be announced until the middle of this week, but insiders are already saying that R.J. Cutler’s documentary about Vogue has a good shot at making the cut. Announced in December 2006, the documentary was produced by A&E Indie Films and focused on the preparation for the magazine’s September 2007 issue, with the full cooperation of editor in chief Anna Wintour and staff. A spokesman for Vogue referred a reporter to Cutler, whose spokeswoman said he was traveling and couldn’t be reached.

DUO TYPE: Proenza Schouler’s Lazaro Hernandez and Jack McCollough have been tapped to guest curate (or guest edit, as some throwbacks might describe it) avant-garde Belgium fashion publication A Magazine. Martin Margiela, Yohji Yamamoto and Givenchy’s Riccardo Tisci are some of the designers who have lent their efforts to the publication, which was founded in 2004. The Proenza Schouler edition comes out in the spring.

UNTIL THEY GET THE REAL THING: Essence may have scooped Vogue, sort of, in being the first women’s magazine to put Michelle Obama on its cover since the presidential election, but the Time Inc. title did so by relying on archival images. Essence’s January issue is dedicated to President-elect Barack Obama, with essays and commentary from Maya Angelou, Bill Cosby, Chris Rock, Gwen Ifill and other notable African-Americans. The issue has two covers: one of Barack by photographer Ben Baker from a shoot for Fortune earlier this year, the other of an inaugural-looking Michelle shot during the summer of 2007 by photographer Jim Wright. Essence and Ebony are both planning special January coverage of Obama’s journey to the White House. Meanwhile, Vogue said it was interested in featuring the soon-to-be first lady in the magazine, but no plans have been finalized.