Pamela Fiori on Her New Book, How Journalism Has Changed and the Hearst Union

The former editor in chief of Town & Country has penned a tome charting the rise and fall of Holiday magazine.

Veteran magazine editor Pamela Fiori has seen it all. Beginning her journalism career at travel magazine Holiday during the late Sixties as one of only a few female reporters, she rose through the publishing ranks to become the first woman editor in chief of Town & Country, a position she held for 17 years.

Fiori recently revisited her earlier years in the business for her new Rizzoli book, “Holiday: The Best Travel Magazine That Ever Was,” which delves into the history of the publication.

Here, she reflects on the writing process, her time at Holiday and how the journalism world has changed during her 50-year-long career.

Why She Wrote the Book

“It was kind of decided for me by Charles Miers, who is president and publisher of Rizzoli. He had the idea. He always loved Holiday and when he found out that I worked there between 1968 and 1971, he asked whether or not I would be interested in writing the history of it and of course I leapt at the chance and here we are.”

How Holiday Changed Over the Years

“The magazine was born right after World War II and it was when all of these millions of Americans were coming back from the war and saw America again as a land of opportunity. One of the opportunities was more free time to travel so the Curtis Publishing Co., which was based in Philadelphia and which produced Saturday Evening Post and Ladies Home Journal — both of them mass magazines — had the idea to start a magazine that would be about places that their readers would dream of going or places they never dreamed of going.…In the beginning, it was really for what were called armchair travelers, but by and by they got out of their armchairs and actually started to go to these destinations.”

Finding Past Issues of Holiday Was Not Easy

“The interesting and in some ways frustrating thing about the project is that there was no archive so I had to find whatever I could online, especially through eBay. So for many months I kept ordering back issues, from March 1946, which is when the first issue came out, and up through the early 1970s, which is when it changed dramatically when new owners came in and bought what was left of the Curtis Publishing Company.”

E.B. White Was One of Many Famous Authors to Write for Holiday

“There were some very famous articles that appeared in the magazine, including E.B. White’s essay, which I think ran about 7,000 words, called ‘Here Is New York’ and White was mostly associated with The New Yorker magazine and, of course, was the author of children’s books and lived quietly in Maine. Ted Patrick [editor of Holiday] was able to convince him to come down from Maine in a sultry summer and spend some time in New York and to talk about his memories of the city and to this day it is a classic.”

Journalists Used to Have the Luxury of Time

“One of the reasons that we had so much time on our hands [at Holiday] was that we were always waiting for something. Things took an enormous amount of time. Everything was done by hand or had to be dealt with an outside vendor so things were not in-house as they are today and the good part is it made us more careful. There was a lot of fact-checking and a lot of very careful editing. On the other hand, it gave us more time to have long lunches and long liquid lunches and to really have the luxury of time. We don’t have that luxury anymore.”

Sexual Harassment in the Workplace Was More Accepted During the Sixties

“I don’t think it was worse then. I think it was more accepted and, you know, a hand grazing across some young girl’s back or a kiss in the dark wasn’t considered to be the worst thing on the face of the earth and it really didn’t go much farther than that. I mean, this was a more genteel, if you will, time so young women didn’t quite know how to say no. But they learned.”

“It’s hard for me to say [whether Hearst staffers should unionize] because I don’t know what it is like to work in today’s environment. I would say during my time it wasn’t necessary because there were not a lot of gripes and grudges and today you know there is the fight between digital and print or let’s say the tension between digital and print and whether or not print will last is anybody’s guess. I mean, personally I hope it does because I think there is nothing like the experience of reading a magazine in print and it is not the same experience at all looking on the screen.” 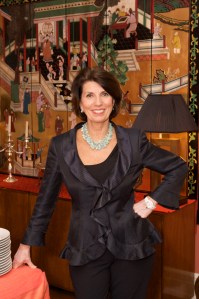