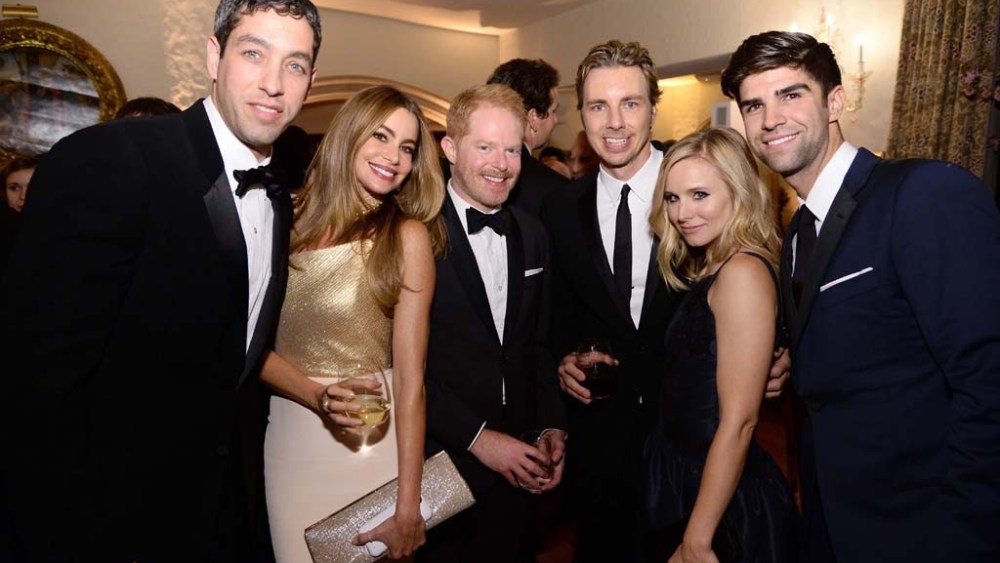 PARTIES, D.C. STYLE: The worlds of entertainers, media types and politicos collided for the annual White House Correspondents’ Dinner in Washington this past weekend. The actual dinner, which took place on Saturday at the Hilton, was just a mere footnote to a weekend of activities that stretched from Friday to the wee hours of Sunday morning.

Parties hosted by traditional media outlets such as Vanity Fair and Bloomberg, The New Yorker, Time Inc.’s Time and People magazines and The Atlantic were joined by digital titans like Google, which threw a small VIP party on Friday, and Yahoo, which teamed with ABC News to hold a splashy predinner cocktail on Saturday.

Despite the festive atmosphere at the Time Inc. cocktail party at the St. Regis on Friday night, chief content officer Norman Pearlstine was concerned more about his company’s spin-off from Time Warner than the dinner.

“It’s been a number of late nights this week,” Pearlstine admitted, referring to board meetings, the Time 100 gala and the National Magazine Awards, all of which took place earlier in the week.

“In terms of this event, it’s not only about Time and People but it’s about Time Inc., when we get spun out next month,” he said.

A few feet away, singer Katharine McPhee posed for selfies with fans. Asked why she was in D.C., she explained that she was with a “friend.” That friend turned out to be Fox News’ Greta Van Susteren. McPhee was a guest on the anchor’s show, and the two hit it off — in fact, the singer was riding with the TV host and her entourage as they hit up several parties throughout the weekend.

The draw for McPhee as a tag-along wasn’t celeb-gawking, but “seeing the news anchors,” reporters and politicians. Van Susteren, on the other hand, enjoyed the whole scene.

“This is the one night you get to see each other,” she said. “It’s totally social. It’s getting a little more relaxed, and Hollywood, but that’s fun.”

“I’m such a big fan,” Bash gushed as she shook Stowe’s hand tightly, before leading the actress to pose for photos.

Someone who wasn’t jumping for the spotlight was NBC’s David Gregory, who had been getting some bad press lately because of the poor performance of “Meet the Press.”

“I’m not doing anything tonight,” he said, walking away, red-faced, as he rebuffed questions from reporters.

A few blocks away at the W hotel, The New Yorker’s editor David Remnick reacquainted himself with the magazine’s D.C.-based writers before taking off early to head to New Haven for a family member’s Bat Mitzvah.

“I value my relationship with my family. I have to drive all night. I have to sneak out in about an hour,” he said, adding that he’d allow himself one drink before his long drive north.

But for guests of the party, which included Jesse Tyler Ferguson of “Modern Family” and husband Justin Mikita, Marie Claire editor in chief Anne Fulenwider and Vanity Fair digital director Mike Hogan, the weekend was just beginning: They would all make an appearance at Tammy Haddad’s brunch on Saturday. Hosted at Haddad’s house in Georgetown, the party is a destination rather than a pit stop.

Cosmopolitan editor in chief Joanna Coles swooped in with the cast of “Scandal,” after a near all-nighter.

“Look at me,” Coles said, wide-eyed. “I went to have my makeup done today and the guy said to me, ‘You should take some antihistamine,’ and I said ‘Why?’ He said, ‘Because it will take away the puffiness.’”

Feigning shock, Coles brought over Bellamy Young of “Scandal” to pitch her an idea for an episode next season. “Bellamy’s going to have a lesbian affair with the editor of Cosmo,” she said. “YEEEES!” Young shouted with excitement.

The final fete, and arguably the best one for star gazing, was the Vanity Fair/Bloomberg after party, which took place at the sprawling yet tucked-away Italian Embassy.

Guests were greeted by a three-piece band as they descended into the foyer to adjoining rooms that led to a large patio overlooking a manicured, rolling meadow.

Christine Lagarde, managing director of the International Monetary Fund, was one of the first big guests to appear. New to the Vanity Fair party circuit, Lagarde chatted with Nancy Pelosi, who swarmed France’s former minister of finance within 30 seconds of her arrival.

Hovering in between two tables — one serving Peking duck tacos, the other miniature salads and pizza — CNBC’s Jim Cramer and Mark Penn, former advisor to both Bill Clinton and Hillary Rodham Clinton, were talking Clintons — what else?

Penn, who had been asked to step down following the disastrous 3 a.m. ad for Hillary Clinton’s 2008 presidential bid, said to a nodding Cramer: “For me, the Clintons have a myopic edge on history.”

Back in the main room, both Dax Shepard and Kristen Bell chomped on gum — she occasionally blowing bubbles — as they held court in the corner, greeting passersby, including Tim Tebow, while steps away, chef José Andreas Andrés talked about cooking and catching fish with Stewart.

The somewhat odd duo of Wolf Blitzer and Diane Lane circled the party, as an arguably odder duo of Roots’ drummer Questlove hung out with attorney general Eric Holder.

“Uh-oh,” said Holder, as Questlove approached in an all-black suit with a matching hair pick protruding from his hair. “Hey, how ya been?” Holder smiled.

Watching in astonishment as Holder wrapped his arm around Questlove, Michael Nutter, mayor of Philadelphia remarked: “Only in America, only in America.”