Fashion and culture are inextricably linked, so it’s no wonder that a few of the industry’s biggest names have again landed on the annual “Time 100” list.

This year, Clare Waight Keller of Givenchy, Pierpaolo Piccioli of Valentino, Jennifer Hyman of Rent the Runway and renowned makeup artist Pat McGrath all find themselves on a list that started out 20 years ago as a collection of mainly scientists and major public figures that changed the world, in one way or another, over the course of a year.

Some very famous friends, as usual, explain the culture-shifting accomplishments of this year’s fashion group. For Keller, that’s Julianne Moore; Piccioli gets media-averse actor Frances McDormand; McGrath gets author and former model Beverly Johnson, and Hyman gets Diane von Furstenberg. As for the accomplishments, they vary.

Keller, of course, made the dress worn by Meghan Markle for her wedding to Prince Harry, Duke of Sussex, turning her in the space of a few minutes into an “American princess” and a point of international media obsession. The designer of the dress managed to stay a secret until the big day, and the selection of Keller, only a few months into her tenure as Givenchy’s first female artistic director of both haute couture and ready-to-wear, was a surprise.

It may be the first case of a single dress being put under the umbrella of “world changing,” but in her essay, Moore writes: “The world gasped when they saw that bride and everyone wanted to know who had made that dress.” She added that the gown, luxurious but relatively simple and conservative in design, “reflected the innately human and beautiful” ethos of Keller’s designs, which matched perfectly with the American woman who became a duchess.

As for Piccioli, he seems to have made the list more for his overall body of work so far at Valentino. McDormand, who frequently wears Valentino for awards and public appearances, wrote that it’s Piccioli who “escorted me across the threshold from clothes to fashion.” Their friendship is built on how a “celebratory costume can be interpreted for a living, breathing human life.” 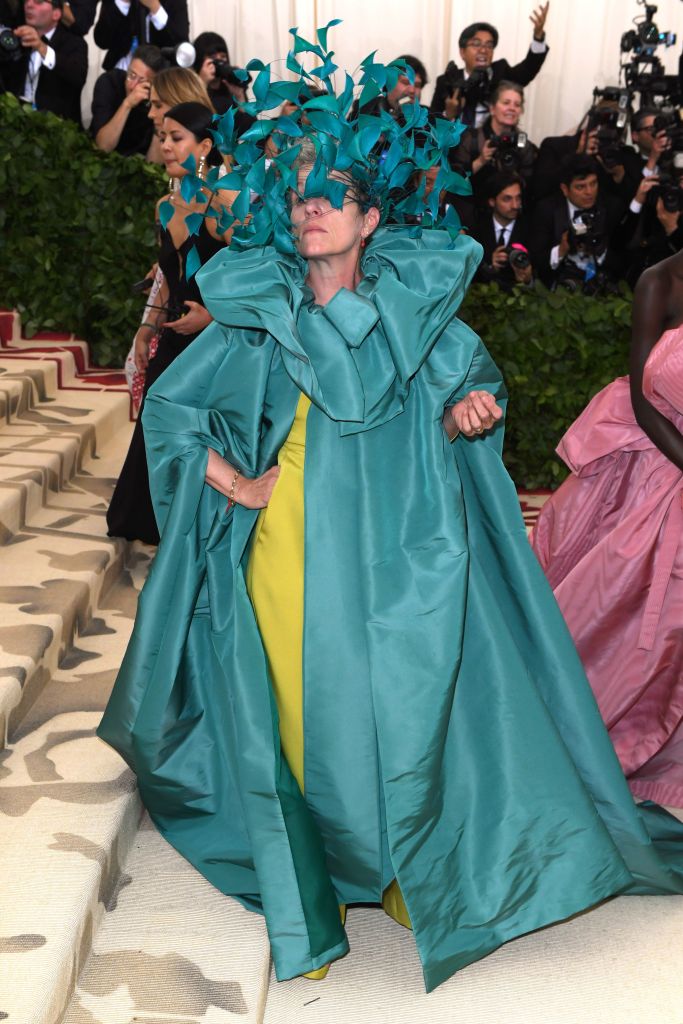 “His reign at the house of Valentino has been a lesson in grace,” McDormand added. “His inclusionary vision is evidenced by the way he honors the craftspeople in his atelier and shares a meal with them after the couture events. And. He is a great dancer!”

Hyman — whose Rent the Runway has already been lauded as an industry-changing company and one of the few to make it into the “unicorn” club with a new $1 billion valuation — is called out by von Furstenberg for her “boldness” and dedication to advocacy. The designer said she agreed to meet Hyman in 2008 because she e-mailed her directly, and Hyman years later told von Furstenberg that her idea for Rent the Runway was only three days old at the time.

“Jennifer has been on countless lists of top founders and disruptors, innovators and trailblazers,” von Furstenberg wrote. “But what impresses me most is her dedication to advocating for women, come hell or high water. Just as she came to me for mentorship, she has now become a mentor herself.”

Finally, McGrath is being recognized for steadily growing her own inclusive beauty empire along with her broader influence in getting the fashion industry to recognize the needs of models with darker skin. Johnson, who was the first black woman to appear on the cover of American Vogue and French Elle, in 1974 and 1975, respectively, said McGrath has allowed women of color “to be seen.”

“People of color have long been immersed in beauty…but we have never really been celebrated for our contributions to the fashion industry,” Johnson wrote. “And now we have this woman, this creative genius, being celebrated not only for her artistry, but for her business acumen. In our business, she’s a legend already.”

Oprah Winfrey Answers Whether Women Can ‘Save the World’