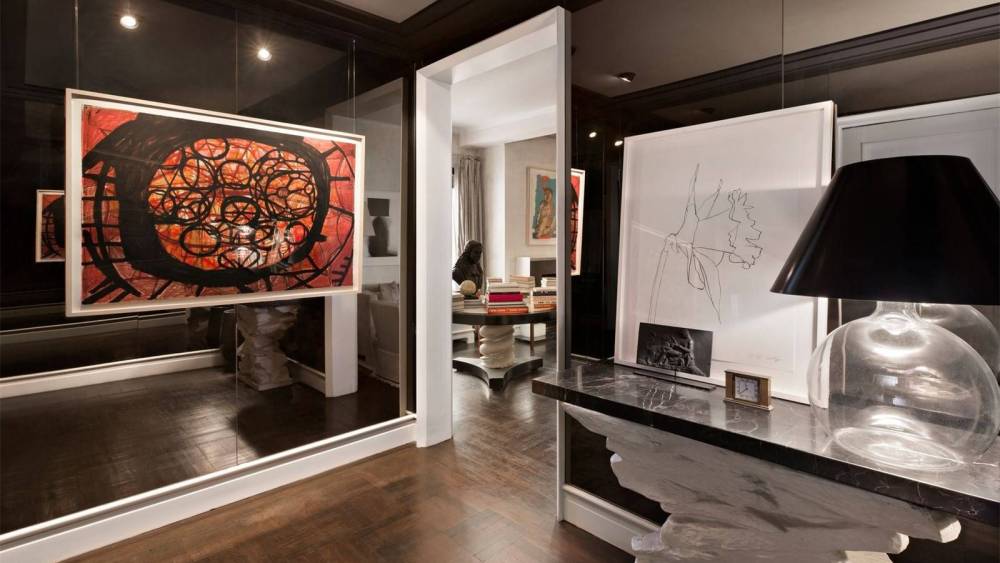 Patrick McCarthy’s renowned nose for news extended to an eye for design, which is on display through a number of his belongings Sotheby’s Home is selling.

The longtime WWD and W editor, who eventually took the helm of Fairchild Fashion Group and left in 2010, died in February. Now, a number of furniture and art pieces he owned will be sold through Sotheby’s. Up first through the auction house’s home marketplace are several very modern items, including a teapot by designer Matteo de Thune and photographs by Brassaï, William Klein and Lee Miller. But Sotheby’s Home chief executive officer Elizabeth Brown said the McCarthy collection is actually “a mix of antique, modern and contemporary art and furniture.”

“Patrick McCarthy had a keen eye for both fashion and home designs and his impeccable taste is reflected by the furnishings he surrounded himself with in his Park Avenue apartment,” Brown said.

Other pieces are a set of “ledge rock” console tables in the style of designer Emilio Terry and a contemporary “scroll cocktail table” Brown said was a “key fixture” in McCarthy’s living room.