The famed director, a friend of Angela Missoni, falls into place with the strong Spanish inspiration of the label’s spring collection. 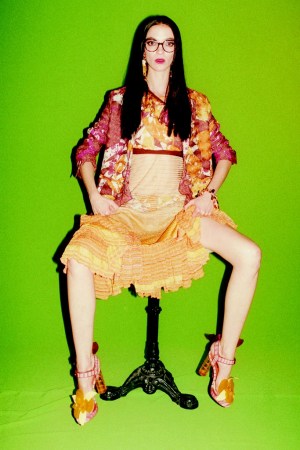 Once again, the designer turned to Juergen Teller, who photographed the director; Missoni herself and her daughters Teresa and Margherita; Almodóvar favorites, actresses Rossy de Palma and Blanca Suarez, and model Mariacarla Boscono in Madrid’s hot spot Villa Rosa. “You eat tapas and dance flamenco there,” said Missoni of the locale, which appears in Almodóvar’s 1991 film “High Heels.” The venue and its dancers fit with Missoni’s idea of a “spontaneous” campaign, as the designer asked Teller for “dynamic photos. We all improvised freely. I would like for the images to talk about the company, not only of the product, and become institutional, moving beyond pure fashion photos.”

The ads will bow next month in March fashion titles.