The Mexican actor/singer/model said he was drawn to the brand's versatility. 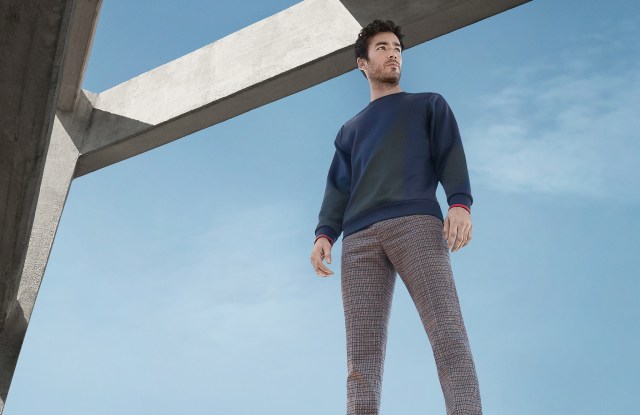 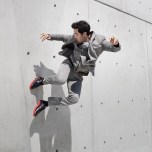 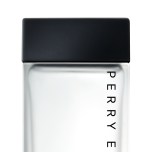 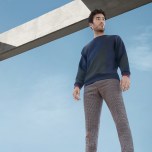 Perry Ellis has tapped a Latin heartthrob to be the face of its new men’s fragrance as well as its fall advertising campaign.

Aarón Díaz, a Mexican actor, singer and model, will cohost an event in New York City tonight to introduce the fragrance, which will hit department stores such as Macy’s, Dillard’s and Lord & Taylor on Sept. 15.

Michael Maccari, Perry Ellis’ creative director, said Díaz possesses many of the qualities of the brand’s target customer. “He’s approachable and confident but also humble and kind. And he has great energy,” Maccari said. “And it doesn’t hurt that he’s also sexy and Latin. We felt it was a perfect mix for the Perry Ellis brand.”

In the ads, Díaz is wearing pieces from the fall collection, which Maccari said centers around versatility and “effortless layering,” with a “nod to the city.” Items such as a tracksuit, which can replace the traditional suit, bombers to wear under blazers and stretch attributes in most pieces for comfort can take the guy “from one activity to the next,” he said.

Maccari also used the city as inspiration for the fragrance bottle. “Architecture inspires me and I wanted something that looked like a landmark building,” he said. So the bottle is frosted with a matte black rubberized cap. Maccari believes it’s “masculine, clean and tactile and different enough to cut through everything out there.”

The fragrance, which is produced by licensee Falic Fashion Group, has notes of Italian bergamot, crushed lavender and verbena infused with a blend of iced juniper, geranium and Mediterranean rosemary as well as dry leaves. It will retail for $65.

Díaz said he grew up with the Perry Ellis brand.

“There’s a very wide range in their collections, which I really like because every day is different for me. I wake up and I dress the way I feel like dressing that day. I can completely relate to its versatility and think it’s appealing to many men. It’s something I completely identify myself with and I can wear it day-to-day. It’s exactly who I am.”

He said his favorite piece from the collection is a water-repellent stretch suit that doesn’t wrinkle. “I can wear it every day, all day. It’s the most beautiful suit with the most incredible fabric you could imagine, it’s the perfect suit.”

Díaz said he had fun shooting the campaign, in which he’s photographed standing or jumping around on the tops of buildings.

Díaz added that over the years, his involvement with fashion brands has been limited. At one point, he launched his own label, Perra, in Mexico. “I didn’t find what I was looking for so I started making my own stuff and people started liking it and it started expanding into a brand and it was a great experience,” he said. “I really respect people in that industry, it’s a lot of work. I’ve always been interested in this world and now I’ve found the perfect partner for this.”

But beyond Perry Ellis, Díaz was vague about what his next project would be, saying only: “I can tell you I’m always working on something. It’s classified information for now but in the next few months you will see me out there for sure.”