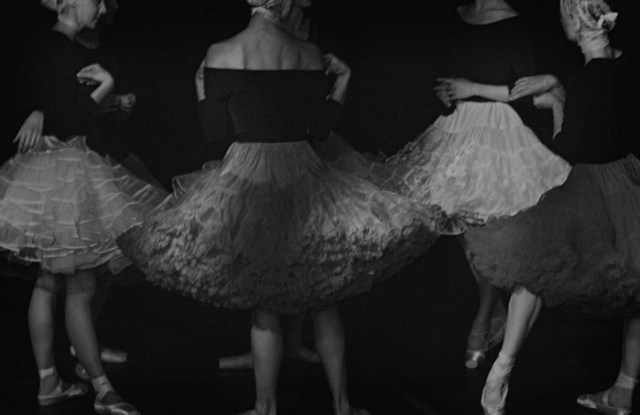 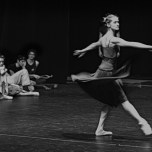 Earlier this week, before jetting off to Moscow’s Photobiennale Festival for two new exhibitions featuring his work, the photographer buzzed through his datebook. A nominee for a LeadAward — Germany’s most prestigious photography prizes that have been bestowed upon the likes of Andreas Gursky, William Eggleston, Wolfgang Tillmans and Juergen Teller — Lindbergh will be in Hamburg, Germany, on March 25 for this year’s gala. Lindbergh was nominated for the 120-page story about Berlin he shot for German Vogue’s 30th anniversary issue last year.

Next month, another extended piece, a 34-page spread on Berlin’s State Opera, will bow in the magazine, but the prospect was not initially an easy sell. Never a big fan of classical ballet, Lindbergh was more akin to the neo-Expressionist dance exercised by his late friend Pina Bausch. He said of his change of mind: “They offered 30 pages that did not need fashion credits. I was totally free — that never really happens in this business,” he said.

A YouTube video of the troupe’s principal ballerina, Polina Semionova, performing “Swan Lake 2” further energized him. “I got addicted. I had to watch it every day. I tried to show it to Polina once [during the shoot] and she said, ‘I don’t want to look at it. It is so imperfect.’ It’s the most beautiful little film I’ve ever seen,” he said. “In the fashion world, you can easily pretend something. Ballet is more like sports: either you can do it great or you can’t.”

Another change in the works for Lindbergh is his plan to resume working with Vogue (as well as other Condé Nast publications in the U.S.) after an 18-year hiatus. A recent tête-à-tête with Vogue editor in chief Anna Wintour and Grace Coddington triggered that change. “They asked,” he said simply. “It was like you are the black sheep in the family, and your older brother asks you to come home.”

Liz Tilberis first lured him away from Condé Nast when she took over the reins at Harper’s Bazaar in 1992. “I switched to Bazaar and stayed away for all these years,” Lindbergh said.

There was a little more to the story. Before the rift with Vogue, Alexander Lieberman and Grace Mirabella were displeased with his shots of supermodels splayed out on a beach. “They told me we can’t handle the women you’re photographing,” he recalled.

Despite needing to get going on a Berlin exhibition that will make its debut in September and another set for Shanghai next year, Lindbergh is very much rooted in the moment. “Fashion photography has gotten a little lost. There is a lot of carnival going on. The hair has gotten too crazy and the make-up. At the moment, everybody is trying to do young. They have to look young or dress young. Youth is so overdone,” he said. “All the advertising and magazine covers today — they don’t look like natural women. For me, that’s a real pity. There’s all this retouching. A little humanity would do good, especially in fashion photography.”