Bobbi Brown remembered Hiett as "a breath of fresh air in a world that could be particular and pompous.” Carla Sozzani called him "a gentleman like no other."

A Steve Hiett photo from the Seventies.

Steve Hiett, best known as a photographer with a taste for deep color and eclecticism, died at age 79.

He had been hospitalized recently due to cancer, which he’d been fighting for several years, according to his agency D+V. Hiett died in Montpellier, France, having been based in Paris for many years, although born in England in 1940. He was with his wife Louise Despointes, whom he met as a model in the late Sixties and Seventies and went on to collaborate with often.

Although unable to work professionally in recent months due to his illness, Hiett was snapping shots for Instagram earlier this year. What appears to be his last public shot is a dark but artful picture of his hospital room at night, from his perspective in bed.

Laurence Vuillemin, director and cofounder of D+V, said Hiett fought his illness “very hard” and “worked right up until the end,” having in August released his 1983 solo guitar album “Down on the Road by the Beach” and a separate new album recorded in 2014 “Girls in the Grass.” 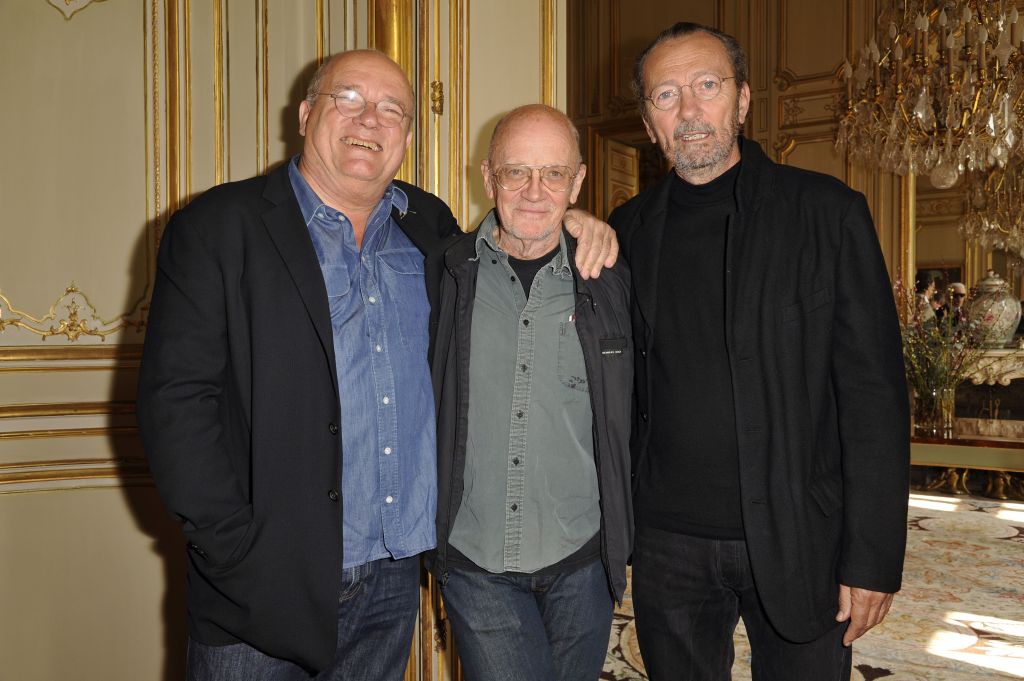 Peter Lindbergh, Steve Hiett and Paolo Roversi at a 2014 party celebrating Franca Sozzani being named a Chevalier of the Legion of Honor of Paris.  Fairchild Archive/Penske Media/Shutterstock

“We are utterly devastated,” Vuillermin said. “Steve had been with us for 17 years and we will miss him terribly. He was not only very kind, but was also one of the most talented photographers.”

Bobbi Brown, makeup artist and beauty entrepreneur, said she worked frequently with Hiett at an earlier stage of her career when she was still freelancing on shoots. She remembered him as “such a breath of fresh air in a world that could be particular and pompous.”

“He didn’t really care what the makeup or hair looked like, as long as it didn’t look bad,” she said. “He loved taking photos in a simple sort of way.”

Brown added that Hiett always seemed to work with “people he liked and people who were simple and down to earth.”

Although he started out in 1957 at the Royal College of Art studying painting and then switched over to graphic design, it took a few years for Hiett to get into photography and he never trained formally. While his career in the field eventually spanned more than 50 years, it only began after he decided to step away from a nascent career in music, part of psych-rock groups The Pyramids and then Pretty Little Things. Once he was severely electrocuted on stage through shoddy equipment, he picked up a camera at the suggestion of a friend.

But it was his music credentials that got him backstage at a Jimi Hendrix show in 1970 during the Isle of Wight Festival. He eventually went on to shoot other musicians of the era, like The Rolling Stones, and then worked extensively in fashion and editorial, starting with long-defunct magazines like Nova, Queen and Arthur Elgort’s Model & Manual, but also British Vogue. It was his through his fashion work that his predilection for deeply saturated color, angles and bright lighting came through, all of which became hallmarks of his work going forward.

He also worked for many years with France’s Marie Claire, a premiere magazine in the Eighties and Nineties, under editor Émile Laugier, to whom he was close. It wasn’t until the Nineties that Hiett met the late Franca Sozzani, who became another friend, and she brought him in to work with Vogue Italia, where his photos showed up until only a few years ago. Hiett shot for Vogue Paris and French Elle, too, and did campaign work for the likes of Oscar de la Renta, Lacoste, Galeries Lafayette, Kenzo, Agnes B., Roberto Cavalli, Trussardi, Ungaro and many others.

Carla Sozzani, a former editor of Vogue Italia and of American Vogue and founder of 10 Corso Como, described Hiett as “a passionate master of photography, music and graphics.”

Sozzani recalled Hiett on shoots while she was working for Vogue. “I saw Steve working fast, with any light, anywhere, anytime. And always with a smile,” she said. “He knew somehow that he had the picture. He taught me how fashion photography could be fresh and spontaneous.”

“Showing his work at my gallery years later was a way to point the public to understand his unique imagery and the style that was behind it,” Sozzani added. “The black and white, as well as the luminous color photographs, were music to him, and he became for us the same and grew into his own style that we will forever miss. A true friend, a gentleman like no other.”

Hiett extensively showed his work, much of it more fine art than fashion photography, having dozens of exhibits over the years and compiling a number of photography books. His most recent exhibit was in February with Sozzani’s 10 Corso Como in New York, curated by Fondazione Sozzani. In 2014, he had a retrospective and led the jury at the annual Hyeres Festival. Speaking with WWD then, Hiett said “Art photography is a whole different world.”

He also explained the biggest change in fashion photography during his career as the level of perfection. “Everything is so perfect now,” he said. “I like my pictures to be clean, but some things now are so retouched; it almost becomes illustrations.” Hiett added that he did zero retouching to photos until around 2006, when he started using digital.

Asked what is needed to make a great photo, Hiett was practical and a little romantic, much like his photos.

“In photography, all you can do is push a button,” he said. “It is mechanical, so there has to be some strange magic thing that happens. It is something you cannot teach. I never taught photography and I never was taught. All I ever learned was how to use lighting.”

And for Hiett, lighting was his signature, saying all that made one of his photos was “beautiful girls and beautiful light.”