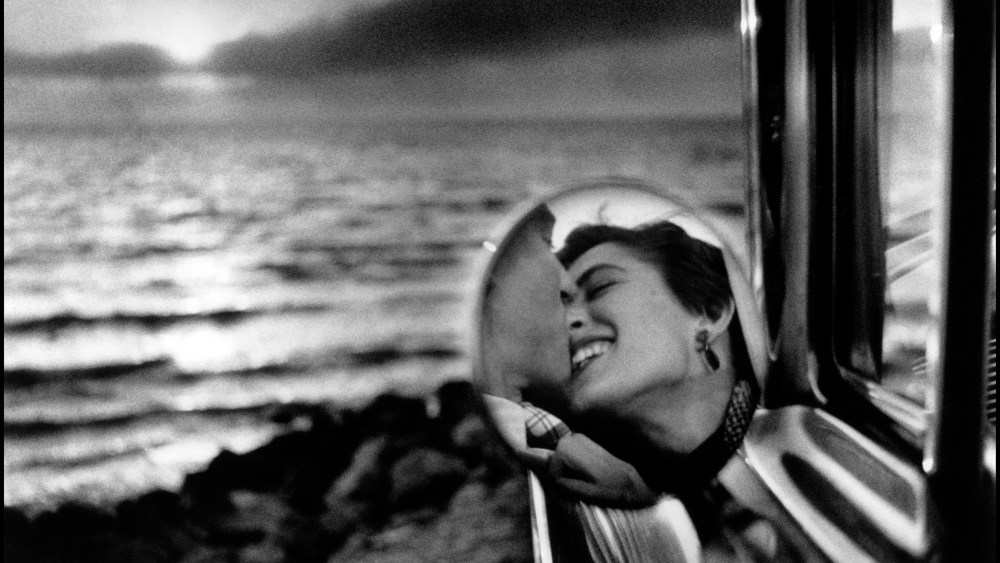 Countless confined people would like to experience the world beyond their smartphones or the views outside their windows, and now they can through two benefit photography sales.

While corporate powerhouses like 3M, Brooks Brothers and Apple are ramping up production to help offset the dearth of medical-grade masks for health-care workers fighting the coronavirus pandemic, Magnum Photos and other photographer-led groups are offering fund-raising sales to help provide much-needed funds to Medecins Sans Frontières, also known as Doctors Without Borders.

Magnum Photos chief executive officer Caitlin Hughes said Friday, “This is an agency that has a very strong humanist sense running right through its core. Our photographers have documented conflict and difficulty around the world wherever it is. And they feel a very strong connection to those people, who really have it a lot harder than we do.”

Magnum has a rich heritage in photojournalism and a reputation for diving straight into the eye of a storm. In 1947 — two years after the end of World War II — Magnum Photos was created by Robert Capa, Henri Cartier Bresson, George Rodger and David Seymour. In more recent decades, Magnum photographers have chronicled the Chadian-Libyan conflict, the war and famine in South Sudan as well as the cholera epidemic in Angola, and has worked alongside Medecins Sans Frontières.

Hughes said, ”We are very conscious in the organization that there are parts of the world with very poor health systems, they don’t have access to running water, they can’t wash their hands, they don’t have enough space to self-isolate and are extremely vulnerable to this crisis. We wanted to share some solidarity with them,” noting the decision to donate 50 percent of proceeds was a first for Magnum.

That generosity paid off. A private individual stepped forward to offer a donor match of up to $500,000. Visitors to Magnum’s online sale will find the work of Martin Parr, Alex Webb, Elliott Erwitt, Herbert List, Rene Burri, Moises Saman and Mustafa Saeed, among others. Magnum joined forces with The Everyday Projects for the “Turning Points” sale, which features signed or estate-stamped 6×6 prints for $100 each. Images from Burri, Steve McCurry, Thomas Hoepker, Jim Goldberg and Capa have been popular, Hughes said.

With an Instagram following of 3.5 million, Magnum Photos has a varied base that includes creatives, casual browsers and professional collectors. Hughes said, “For many of our audiences, these photographers became almost like heroes going into places where other people weren’t going and documenting events in the world.”

Meanwhile, running through April 20, “Pictures for Elmhurst” features $150 prints from 96 photographers. All of the proceeds will benefit Elmhurst Hospital to help fight COVID-19. Ninety-five percent of that facility is now dedicated to the care of coronavirus patients. “We are very proud of this sale. It’s just a really lovely way to allow people who don’t see themselves as very serious collectors or don’t have the funds to be collecting fine prints to bring something into their homes that is museum quality or fine-print quality,” Hughes said.

After participating in another fundraiser, “100 Photographers for Bergamo,” that generated about $809,000 for relief efforts in Italy, Samantha Casolari, a Brooklyn-based photographer, aimed to start a similar effort in New York. “Pictures for Elmhurst’s” initial plan to feature the works of 20 to 25 photographers quickly morphed to nearly 100, and additional ones may be added.

The fact that scores of photographers are confined to their homes — like millions of others — will challenge them to look at the world in a different way and to be even more creative in finding another means of portraying reality, Casolari said. Being stuck inside within four walls breeds self reflection from her point of view. “It’s definitely becoming more about the intimacy of our lives. You need to look at the small picture of the world,” she said.

Having shot for La Perla, Miu Miu, Nike and other companies, Casolari understands firsthand how photographers are looking at the world differently. “This moment will bring a lot of introspection. It will definitely change our perspective. We are so used to looking outside and at other people, and working in big teams. It’s probably going to take a while before we go back to that,” she said. “That will definitely make photographers evaluate how they look at the world. I don’t think any photographer is choosing that path to do so.”

Casolari continued, “Despite this nightmarish surreal situation we’re in, it can also show beautiful aspects. As human beings, we’re being forced to be creative and to also find a solution. We can also look forward to what the new way of seeing will be.”

Some of the photographers involved with the Elmhurst project hail from different countries but most are based in New York, or they used to be. “For us, this is a beautiful way for New Yorkers to give back to our city. This is a way to pass that plate. New York City gives you so much. We wanted to show we are a community and you are not alone. When there is need, New Yorkers can come together and help especially at a moment when there is such a sense of isolation. It’s important to know that you are not abandoned on top of the amount of money that Elmhurst Hospital will be able to receive,” Casolari said.

Another online sale, Prints For Good, is being spearheaded by fashion photographer Giampaolo Sgura. Having already exceeded his initial goal of $109,000, he plans to continue to raise funds for COVID-19 relief efforts for hospitals in Puglia, Italy. Interest has been so strong that he plans to maintain the site for future charitable sales, after the coronavirus crisis is under control.

Sgura, who works for Moschino, Ralph Lauren, Dolce & Gabbana and other fashion companies, is selling prints primarily from his editorial work. Eighty five percent of each print that is sold will benefit hospitals in southern Italy. Adding two or three prints to the sale every five or six days has helped to attract repeat buyers, he said Saturday. Most of the images that have been selling are sexy ones such as one of a naked woman and another of a naked man walking into a room, Sgura said.

Prints For Good supporters have also been buying images from his  “Like A Doll” series, where models are meant to look like dolls in boxes with different wardrobe options from one specific luxury label. Sgura had shot 10 for a French Vogue assignment, but is only offering four for this sale. In many cases, shoppers are buying the four doll-inspired images as a set, he said.