Point, Click, Shoot — a New Site by Editors for Editors 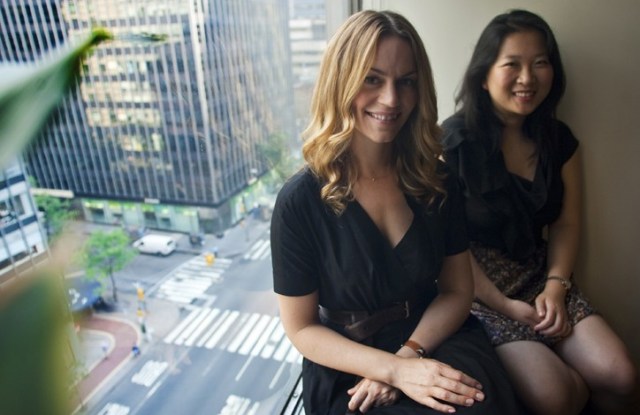 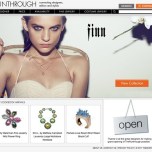 Add two more to the ranks of fashion editors departing print for the more optimistic pastures of online.

Meggan Crum and Mandy Tang, both former accessories editors, are launching TheRunthrough.com, which, unlike the rest of the largely e-commerce-driven pack, is a B2B venture aimed at servicing the very positions they left.

Crum and Tang, who met while working in the accessories department at W magazine in 2004 when Crum was director and Tang an assistant, conceived the site as a tool to facilitate the procedure of wrangling samples for shoots between market editors and design houses. Industry protocol has remained a largely antiquated method of lookbooks and binders full of scattered jpegs. Crum decided there had to be a better way in 2009 when she was accessories director at InStyle, routinely spending weekends sifting through piles of images and placing dozens of e-mail requests to prep for shoots. “I was so frustrated by how slow the process was,” she said. “I just stopped for a moment and thought, ‘How would I really want to be able to work if I could change anything?’ I realized that I really just wanted to feel like I was shopping.”

She wrote a business plan and reconnected with Tang, who was getting her MBA at Columbia University and looking for projects. They spent the majority of 2010 doing market research and polling their former colleagues on the editorial and p.r. sides of the business before beginning to build the site last January, when Crum left her post at InStyle.

The Runthrough follows a model similar to that of a luxury e-commerce platform, except in this case users “shop” for their shoot, so to speak. For now, the site deals only in accessories. Design firms provide jpegs — all watermarked — of their collections, which Crum and Tang upload to the pages. Editors are given a log-in and password and can browse the products, organized by designer, season, price and category, and add them to their cart, as they would on Amazon or Net-a-Porter. Instead of purchasing the selected items, a request — including the name of the publication, editor, stylist, shoot description and pickup, run-through and return dates — is sent to each design house upon checkout. Editors specify if they prefer a sample or a high-resolution image, and all shipping is handled by the design house. Everything is private so editors cannot view one another’s shoot requests and designers cannot view other brands’ collections. “Basically the service that we’re providing is aggregating all of the content so it’s in one place,” said Tang. “It’s like a one-stop shop for editors.”

The Runthrough goes into beta launch today with 17 firms: Bulgari, Cartier, Van Cleef & Arpels, Donna Karan, Michael Kors, Tory Burch, Alyssa Norton, AS by Anna Sheffield, Cathy Waterman, Charlotte Bjorlin Delia, Elisabeth Bell, Finn, Kara Ross, M.C.L. By Matthew Campbell Laurenza, Made Her Think, Pamela Love and Rebecca Minkoff. For the official launch, which is planned for October, the site will expand to include shoes, bags, small leather goods, scarves, hats and eyewear. Designers pay a seasonal or yearly membership fee (prices vary but start at $6,000 per season), while usage is free for editors. Before they open it to stylists and regional editors, Crum and Tang are inviting editors from select national magazines to use the site. As for why the duo decided to buck the trend and launch a trade Web site rather than a consumer one, Crum said, “Right now we really love that we’re actually solving a real problem that exists in the fashion industry.”