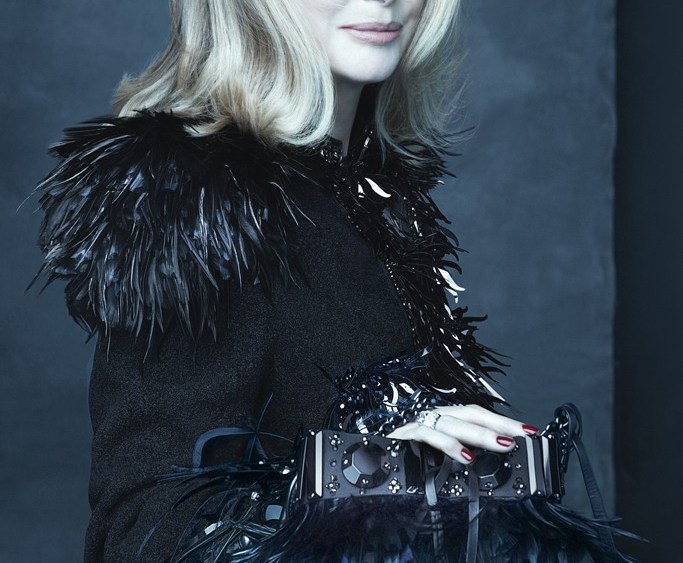 PORTRAIT OF A LADY: Marc Jacobs’ swan song fashion campaign for Louis Vuitton dovetails with his final collection: a tribute to some of the designer’s muses.

“It was a very emotional shoot, and I find this shows in the images,” said Frédéric Winckler, Vuitton’s communications and events director. “It’s not a melancholic campaign. It’s really celebrating women who inspire Marc.”

The ads telegraph an emerging theme in Vuitton’s communications: iconic personalities who have traversed fascinating personality journeys, typically with the brand’s iconic leather goods in tow.

“It’s product and people: showing a strong emotional connection between products and the people who wear them,” Winckler explained.

The simple studio backdrop and subdued mineral color palette heighten the contemplative mood of the shoot, with Karl Templer as stylist, Guido Palau on hair and Pat McGrath on makeup.

As in Jacobs’ show, the star product in the campaign is the bucket-style Noé bag, originally designed in 1932 by Gaston-Louis Vuitton as a chic way of toting up to five bottles of Champagne.

Jacobs streamlined and miniaturized the limited-edition style, dubbed NN14, and gave it a number of personalities — from sophisticated to edgy — using a variety of luxury materials and embellishments ranging from feathers and crystals to alligator appliqués.

The campaign also showcases showgirl-inspired looks from Jacobs’ spring 2014 runway, his last effort before handing the reins as artistic director to Nicolas Ghesquière, who is to show his debut collection next March.