For her first collaboration with the Milanese fashion label, the photographer took a series of intense portraits of American actor Dane DeHaan. 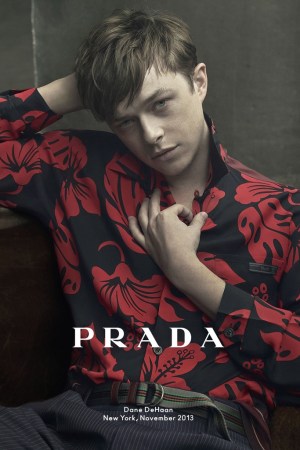 For her first collaboration with the Milanese fashion label, the photographer took a series of intense portraits of American actor Dane DeHaan, who will play Harry Osborn in “The Amazing Spider-Man 2,” due out in May.

This story first appeared in the January 8, 2014 issue of WWD. Subscribe Today.

Shot in Leibovitz’s studio in New York, the images feature DeHaan striking different poses on a minimal set, which contrasts with the colorful and vivacious looks of Prada’s spring collection. These include jackets in jewel tones and floral printed shirts.

Prada’s spring advertising campaign will hit February issues of international publications, while a behind-the-scenes video will be available at prada.com.