A month for recognizing a long marginalized group has turned into a marketing bonanza, for better or worse.

Gold at the end of the rainbow.

LGBTQ Pride has gone mainstream, if the scores of rainbow splattered marketing campaigns that now pop up during June are anything to go by. But whether a community that’s fought for decades for basic rights appreciates being commodified — even if it’s meant to bring awareness to their cause — is up for debate.

The point of any campaign, regardless of the product or timing, is meant to drive sales and revenue, usually targeting a consumer base, be it Millennial women, teenagers, parents with young children or retirees. Terms for generations encompassing millions of people — Boomers, X, Y, Z and now A — are rooted in marketing efforts. When an industry can parse out and separate people based on anything, it makes selling them things a lot easier. So it has with those in the LGBTQ community, which has fully emerged as a market in and of itself for advertisers.

Brands may be particularly eager to appeal to the LGBTQ group because research shows that the community — one that has gone from their sexual preferences and orientations being often illegal and forced underground (pointed reminders of which are being recalled in celebrations around this year’s 50th anniversary of the Stonewall uprising) to now being largely integrated into first-world Western society — tends to prefer spending with supportive brands.

“The biggest takeaway is the value of authenticity,” Larry Shannon Missal, head of RealTime Research, which led a new YouGov study on Pride Month marketing. “When we asked people in general whether a company is known to be LGBTQ friendly, and what impact it has on their willingness to do business with that company, there’s a net positive effect.” 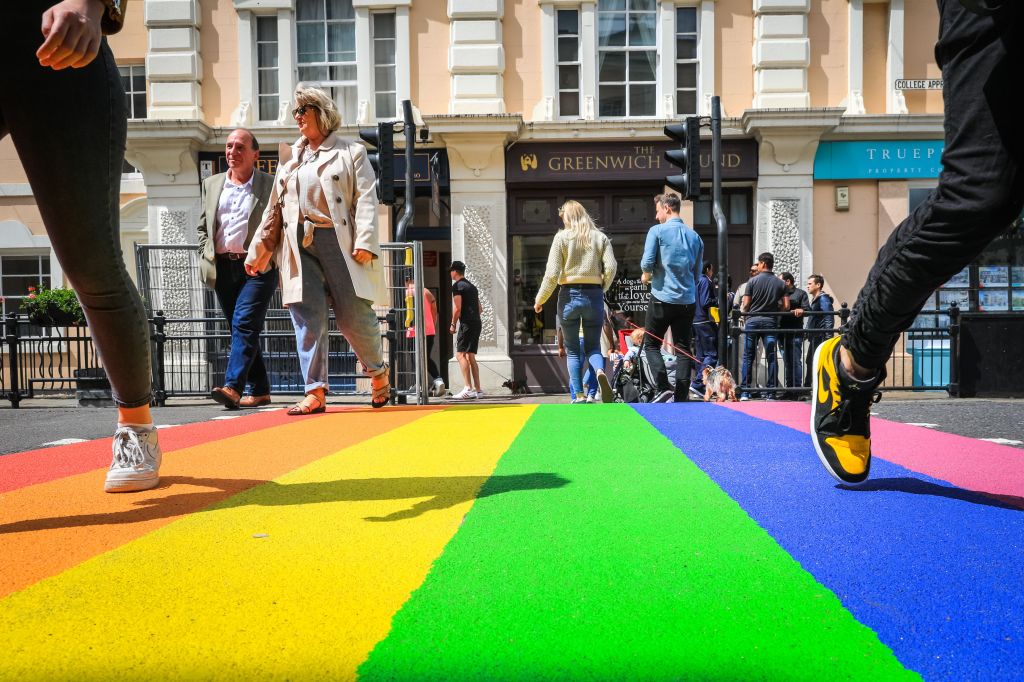 The YouGov study based on nearly 4,000 American adults found that 24 percent of people overall claim to be more likely to do business with companies known to be LGBTQ friendly. Further breakdown based on self-identified groups within the study shows the percentage goes up. Seventy-four percent of gay and lesbian individuals said they were more likely to buy from LGBTQ-supportive brands; bisexual people came in at 60 percent; politically liberal people 52 percent, and all people between the ages of 18 and 34 at 35 percent.

But a T-shirt or a water bottle with a rainbow heart — cheap and easy for any brand to make and put in stores — doesn’t quite cut it for a lot of people. Nor does changing your logo to a rainbow color scheme or selling rainbow-colored cupcakes, crystals and grilled cheese sandwiches — yes, this is real — read as particularly supportive of the road LGBTQ people are still on toward obtaining human rights and equal treatment under the law. Especially if such products offer no tangible outcome for the LGBTQ community.

“Consumers are more discerning now than ever,” said Philippe Pinatel, general manager of MAC Cosmetics. MAC was founded by two men in the LGBTQ community and has made inclusivity the crux of its image, really since its inception and year-round, working with LGBTQ nonprofits and groups and bringing awareness to HIV and AIDS and destigmatizing different sexual orientations and expressions in campaigns every year. So Pinatel is knowledgeable about marketing to the community. 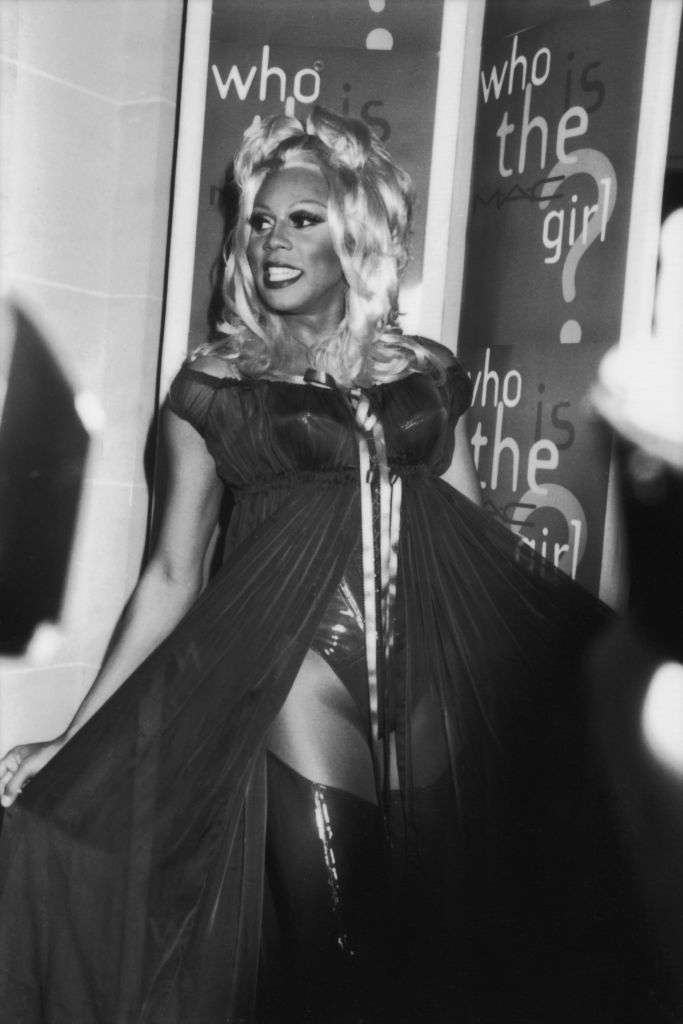 “They can easily spot inauthenticity and in the age of social media, can call it out in an instant,” Pinatel said. “If you want to highlight a moment in time, whether its Pride or something else, that’s great, but you need to continue that narrative and connect with your consumers beyond that one moment in time.”

MAC, for example, is sponsoring more than 20 Pride events in the U.S. this month, but over the next two years it’s also supporting GLAAD with $500,000 for public awareness campaigns to fight LGBTQ stigma. “Our LGBTQ efforts were never about a marketing campaign, but have been inherently embedded into every facet of the brand,” Pinatel said.

But many brands are not as dedicated. When June rolls around, so do the rainbow-themed products, apparel and ads. Digital stock photo provider Twenty20 created an entire section for Pride 2019 with about 2,000 stock photos of apparently LGBTQ and rainbow moments for any brand to use, noting “Any photo that symbolizes love and LGBT equality will be effective.” It even suggests hashtags to go along, for those marketers that may be getting into Pride marketing for the first time: #LGBTequality, #humanrights, #gaypride, #pridemonth, #prideweek, #pride2019, #allweneedislove, #loveisfreedom, #loveforall, #LGBT, #LGBTlove. 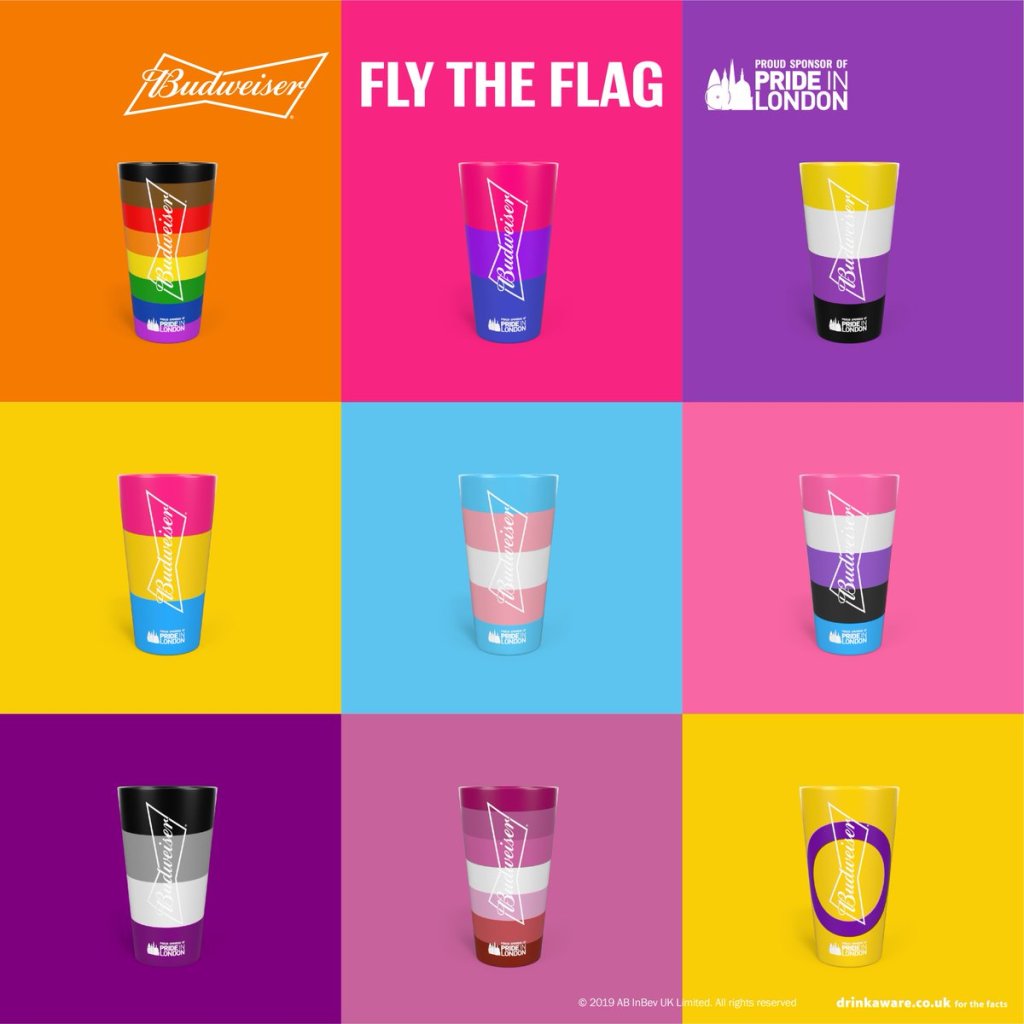 Nevertheless, such an expansion of marketing has some people pleased to see the LGBTQ community so widely recognized. Pinatel said he “completely welcomes” more and more brands getting on the Pride bandwagon. Scott Gatz, founder and chief executive officer of Q.Digital, agreed, saying, “It’s an incredible sign of progress to see so many brands stepping up.

“Not that many years ago brands were seen as courageous for celebrating Pride or marketing to the LGBTQ community,” Gatz added. “I can only hope these brands ‘coming out’ can turn into ongoing, consistent support for LGBTQ people. This can be the year for brands to target and feature LGBTQ people during back-to-school, on Black Friday, Valentines and Mother’s Day.”

But Gatz was frank in that people in the community “can clearly discern ‘fair-weather friends’ whose entire support is releasing a rainbow-colored product line for a week in June and with social media.” He also noted that some brands may be satisfied with reaching only straight allies that participate in Pride events.

“These brands are most at risk of negative perception from LGBTQ people who can see that the brands are talking over us to get to our friends and have little interest in anything but moving product,” Gatz said. “We’re glad to see all our friends with rainbow bags, shoes and hats, but what have you done for me lately?”

Still, there is a certain distaste that LGBTQ people, especially those of younger generations, feel when they see the onslaught of rainbow products come out each June. Even if a company, like Budweiser or Johnson & Johnson, for example, has long donated and supported LGBTQ causes and charities, if they don’t make that clear in all of their marketing around Pride, it’s easy for the Twitter-sphere to deride any Pride-themed product.

Fran Tirado, an editor at Out magazine, took to Twitter earlier this month to make the case that most of the “limited-edition” merchandise being rolled out and rainbow-themed brand images flying around on social media are little more than corporations being opportunistic.

“A reminder: You are about to capitalize on our identities/marginalization for corporate gain,” Tirado wrote. “It is therefore worth giving a second thought to your limited-edition rainbow product!”

He went on to deride any product campaign without a “queer nonprofit partner” or having one but only donating less than 15 percent of proceeds to a related cause, or not dislcosing a donation at all. With thousands of likes and retweets, a lot of people on social media, which is not necessarily a reflection of the real world, seem to agree.

As for the argument that any increase in representation is a positive for the community, Tirado wrote: “Maybe 20 [or] 10 years ago, sure. But queer inclusion is no longer the exception. It’s the standard.”

That goes to another finding in the YouGov study. It said Millennials are much more likely than older generations to do business with LGBTQ-supportive businesses, at 32 percent. Meanwhile, Gen X is 24 percent more likely and Boomers only 19 percent more likely. Again, more specific self-identified groups show numbers that would make inclusive LGBTQ advertising more appealing to brands. Sixty percent of gay and lesbian people said they were more likely to buy a product in an ad featuring a same-sex couple; bisexual people came in at 40 percent, and politically liberal at 29 percent. Twenty percent of people have an annual household income of $100,000 or more said the same.

This kind of inclusive marketing does need to come along more than during Pride Month to really make an impact with such a consumer base. Missal of RealTime Research noted “consumer cynicism” around “the flash in the pan of a single ad.”

Only 21 percent surveyed in the YouGov study said such items reflect to them genuine values.

The more cynical consumers surveyed may be onto something. An investigative report by Judd Legum for Progressive Shopper found that nine of the corporations that received a “perfect score” from the Human Rights Campaign in its annual Corporate Equality Index donating $1 million or more in the last two years to politicians with anti-LGBTQ stances. Those companies were AT&T, UPS, Comcast, Home Depot, General Electric, FedEx, UBS, Verizon and Pfizer.

Five of them currently have changed their logos to a rainbow scheme for Pride Month.