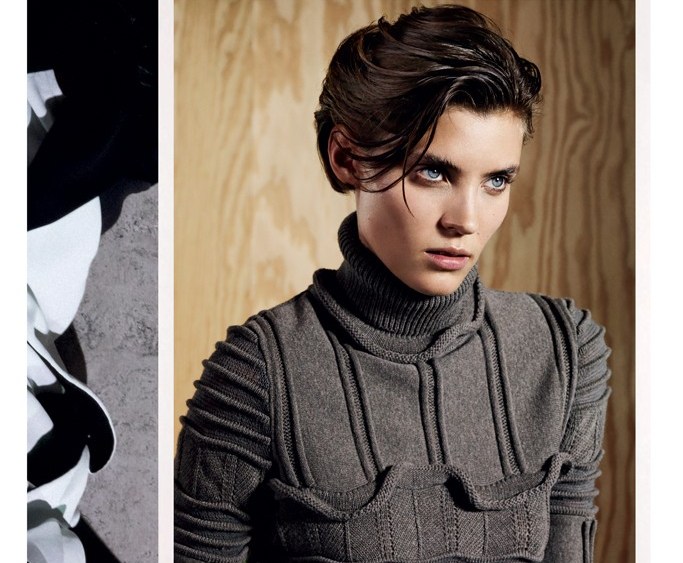 PRINGLE’S SPLIT PERSONALITY: Pringle of Scotland decamped to the home of gallerist Eva Presenhuber in Vnà, Switzerland, to shoot its edgy fall campaign. The label even took Presenhuber’s imposing concrete home, designed by architects Andreas Fuhrimann and Gabrielle Hächler, as an inspiration for the campaign, which spotlights portrait shots of models Alison Nix and Jake Shorthall inside the plywood-paneled house, layered over shadowy images. Benoit Duverger, managing director of Pringle, said the shots aim to illustrate “the notion of darker undertones beneath a sophisticated and luxurious appearance.”

Pringle tapped New York-based photographer Roe Ethridge to shoot the campaign, as Duverger said he is “renowned for the conceptual nature of his work and juxtaposing contrasting images, which is exactly the creative we were looking for.”

And the Presenhuber house links to Pringle’s new retail design, which has also been created by Fuhrimann Hächler Architects. The concept will debut later this year at Pringle’s new flagship in London (the store’s exact location is to be confirmed). The fall campaign is set to break in the September issues of Vogue U.K. and Vogue U.S., W, Another Magazine and i-D.