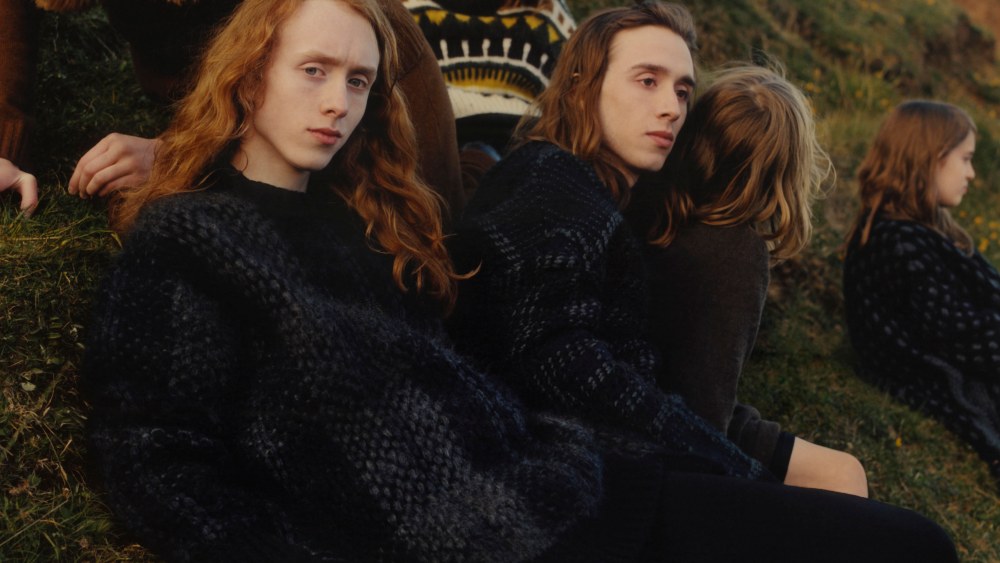 FAMILY AFFAIR: There are model families, and then there are modeling families. For its fall ad campaign Pringle of Scotland tapped the latter — six members of the Low clan — to showcase the collection at their home near Tain, Scotland.

Harley Weir shot pictures of the Lows on color film at their rural home on the eastern coast just north of Inverness. The aim was to create an “honest and authentic” portrayal of the 200-year-old brand and its Scottish heritage, making the most of the local scenery and natural light.

Weir worked with a very small crew in the hope of capturing the family in a relaxed mood and giving the campaign a fly-on-the-wall style quality. The images are utterly candid: Kids in chunky sweaters, their red hair billowing in the wind, and lots of frolicking on grassy hillsides and on big, sea-splashed rocks.

“For me, it was about taking the shoot back to basics to allow the clothes and landscape to speak for themselves,” said Fran Stringer, Pringle’s women’s wear design director. “We wanted to capture a moment, rather than orchestrate a shoot.”

Massimo Nicosia, men’s wear design director, said it was important to capture the family’s “sense of freedom, where nothing has been staged, in an extraordinary natural setting of hillsides, dramatic coastlines and golden beaches.”

The campaign, whose creative directors were Nicosia and Fran Stringer, will break in the September issues of titles including British Vogue, Harper’s Bazaar, i-D, GQ, GQ Style, Esquire and Porter’s fall issue. The collection will be available in store from September.

Pringle is the latest in a long string of ad campaigns shot by Weir over the past year. She has also snapped for brands including Calvin Klein, Proenza Schouler, Wunderkind, Stella McCartney, Missoni and Alexander McQueen.