Publishers Peer Ahead to Second Half

Unforgiving. In a word, that is the nature of the advertising market magazine publishers are facing heading into the second half. 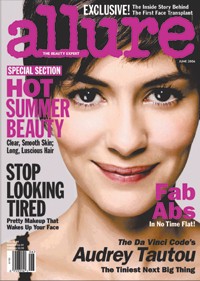 In a word, that is the nature of the advertising market magazine publishers are facing heading into the second half. Increasingly, they say, achieving growth means anticipating advertisers’ every need, diversifying into new areas such as Web and mobile content, and squeezing every last drop of revenue from categories that were once considered marginal. As publishers find themselves working harder than ever just to match ad page totals from the year before, “Flat is the new up” has matured from a joke into a mantra.

“Is business booming?” asked Jane publisher Carlos Lamadrid, rhetorically. “No. People aren’t spending wildly, but there certainly is money there. But it’s more competitive every year.”

In the first half of 2006, Jane seemed to be getting the worst of the competition: Ad pages fell 41 percent versus the same period in 2005, to 235.8, according to Media Industry Newsletter. (Pages for the industry as a whole were down about 1 percent in the first half, according to MIN.) Lamadrid blamed the decline on commitments that were largely in place before he took over as publisher in November, and said Jane’s pages will be up in the second half “pretty significantly,” thanks to strong spending by fashion, beauty and technology marketers.

Other publishers said those three sectors — fashion, beauty and technology — are driving their increases, with some caveats. Foremost is the ongoing impact of Federated Department Stores’ acquisition of May Department Stores, which is seen as depressing ad spending in some areas, particularly prestige beauty. “Before, it was just an idea; now, it’s really happening,” said Glamour publisher Bill Wackermann. “Some of the marketers who play heavily in the department store arena are really planning for an effect on that fourth-quarter business.”

“Anybody who depends on department store business is concerned about their sales for fall and holiday,” agreed Allure publisher Nancy Berger.

Balancing that out, to some extent, is projected solid spending behind a second-half wave of fragrance launches. “The fragrance guys are up to some really cool stuff,” said Kristine Welker, publisher of Cosmogirl. Moreover, she added, “Retail’s looking pretty solid.”

This story first appeared in the May 26, 2006 issue of WWD. Subscribe Today.

“Retail is the one really bright spot I’m seeing in the second half,” concurred Details publisher Chris Mitchell.

Another category where spending seems to be improving, or at least stirring a bit, is automotive — despite Detroit’s continuing implosion. “Overall, it’s soft, but there are pockets of strength,” said Esquire publisher Kevin O’Malley. “The higher end of the Detroit market is actually doing quite well,” added Mitchell.

One of the biggest worries publishers express these days is not a softening ad category, but the cannibalizing effect of the Internet on print ad spending. “Emerging media is stealing dollars out of traditional media, no question,” said Berger.

But for magazines that have established a strong Web presence, this problem, at least, contains the seeds of its own solution, said Cosmo publisher Donna Lagani. “I’ve seen more aggressive interest and commitment to the Web from marketers than ever in the past.”