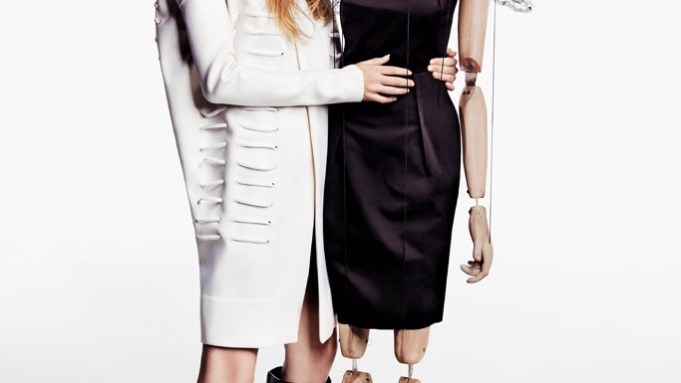 PULLING STRINGS: Barneys New York played puppet master, quite literally, for its fall campaign. Shot by Inez van Lamsweerde and Vinoodh Matadin in New York, the campaign features French singer, actress, model and daughter of style icon Jane Birkin, Lou Doillon — plus a life-size marionette replica of her created by set designer Shona Heath. Doillon and the puppet are pictured together and separately, wearing looks by designers such as Proenza Schouler.

“This ‘alter-ego’ concept, specifically the puppet itself, is integrated into all aspects of the project: the print campaign, a video filmed by Inez and Vinoodh during the shoot and the Madison window installation,” said Barneys creative director Dennis Freedman. The video features an animated version of Doillon by Jo Ratcliffe and a song from Doillon’s new album “Places,” for which she will be going on tour this fall.