Getting ousted from Vanity Fair becomes a career. 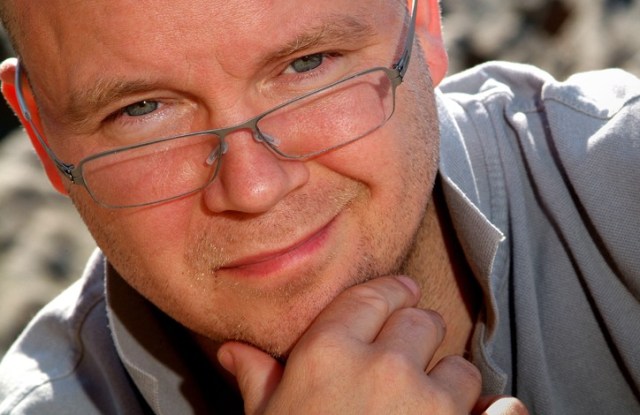 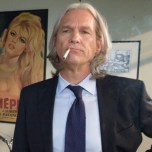 Just behind Toby Young’s shtick of describing himself as “loud, pushy and obnoxious, prone to committing faux pas” is the fact that all of it is still a way for Young to talk about himself — and hope others do, too. The gambit’s relative success in keeping Young in the public eye is partially because his book, “How to Lose Friends and Alienate People,” was a glimpse into rarefied circles of Manhattan media in the late Nineties, long before “The Devil Wears Prada” and daily blog posts about Graydon Carter and Anna Wintour. The long-talked-about film version of the book, starring Simon Pegg as Young, Kirsten Dunst as the love interest and Jeff Bridges in the Carter role, will be released in October. WWD caught up with Young at, naturally, Soho House to compare then and now.

WWD: The movie is set vaguely in the present time, but your book seemed very specifically about what it was like in New York in the Nineties. If you were going to come to New York now, how would the story be different?

This story first appeared in the September 12, 2008 issue of WWD. Subscribe Today.

Toby Young: I think it’s probably tougher to make it here now than it was 13 years ago, particularly in the print media. I don’t envy young Brits crossing the Atlantic to make their fortunes today….Probably the difference is I’d rent somewhere in Brooklyn rather than in the West Village. I probably wouldn’t be working for Vanity Fair, I’d probably be working as Nick Denton’s slave at Gawker and being paid nothing. I’d probably be sleeping on Euan Rellie’s floor.

Everyone said to me growing up, “You’re like an American. You have to go to America. That’s your spiritual home.” I was every Londoner’s stereotypical idea of a brash, vulgar American. When I got here, it turned out that London was the Wild West, and New York was like London at the height of the Victorian era, in which everyone was far more obsessed with table manners and status-climbing than they are in London. In London, everyone was just crawling over this blizzard of cocaine. Here, if you have more than a glass of wine with your meal, people refer you to Alcoholics Anonymous.

When I was working at Vanity Fair, publicists like Pat Kingsley had enormous ability to almost entirely control what was written about her clients….[She had] the ability to dictate to Vanity Fair more or less exactly how her clients were covered in the magazine. I think that the power of the publicists like Pat Kingsley has certainly been diminished by the growth of Web sites like Gawker, TMZ. Publicists now can only control a fairly small part of the media, and not necessarily the most important part. If a story breaks about Tom Cruise on TMZ, that’s going to hit the national media instantly, and it doesn’t really matter who the photographer is for the forthcoming cover story on Tom Cruise in Vanity Fair.

WWD: And yet the movie operates under the assumption that these people are as powerful as ever.

T.Y.: I think that magazines like Vanity Fair are still operating under the old rules, and that if you come to work for a magazine like Vanity Fair, even today, you’re certainly expected to treat people like Peggy Siegal very deferentially.

WWD: Have you been to the Waverly Inn?

T.Y.: Graydon was quoted saying that there’s a height requirement.

WWD: Have you spoken to him at all?

T.Y.: No….I’m going to invite him to the premiere and I hope he comes, and if he does, I’ll shake his hand and say thank you. I think when he sees the film he’ll be pleasantly surprised. But actually, the portrait of him in my book is fairly affectionate. And I don’t think he minded that. When I initially showed it to him, he thought it was quite funny and offered to throw me a book party in New York. I think at that stage he thought it would never be published.

WWD: Somebody at Vanity Fair told me they thought it was remarkable that Toby Young had managed to make his entire career out of nine months at Vanity Fair.

T.Y.: Graydon once reduced it to two weeks. I remember being interviewed by The New York Times, and the fact-checker called me because they simply could not believe my claim that I had worked there for two-and-a-half years. I actually had to fax them my employment contracts….I certainly got a lot of mileage about the book, but the book is not just about working at Vanity Fair. It’s about the five years spent in New York. And to the extent that I’ve been energetic about promoting the book and that it’s become a movie, well, that’s what you dream about happening. If the film becomes a huge success, I guess I’ll be accused even more of living off my short stint at Vanity Fair, but I think that comes with the territory.

WWD: Have you seen the movie? If not, will you see it or attend the premiere, to which Toby said he’ll invite you?

Graydon Carter: I’m not sure of the date of the premiere, but I believe I have a previous engagement.

WWD: How do you feel about Jeff Bridges playing you?

G.C.: I was hoping for someone with a more developed pectoral region and more chiseled features for the part of the editor. But in a pinch, Jeff will just have to do.

WWD: Toby says you once described the book as an unauthorized biography of you. Is that true? And how accurate of a portrait did you find it?

G.C.: As a fictional work of nonfiction, the book has few peers.

WWD: The movie and, to some extent, the book portray a magazine that is under the thumb of celebrity publicists who first police access to the stars and then actually approve copy. How close is that to Vanity Fair’s reality?

G.C.: Plus, the publicists have to assign and edit the stories, and tell us how they like their coffee. The really good ones sell advertising, too.