Going live in early July, the app allows users to dress up virtual avatars in current-season product from real-world brands. 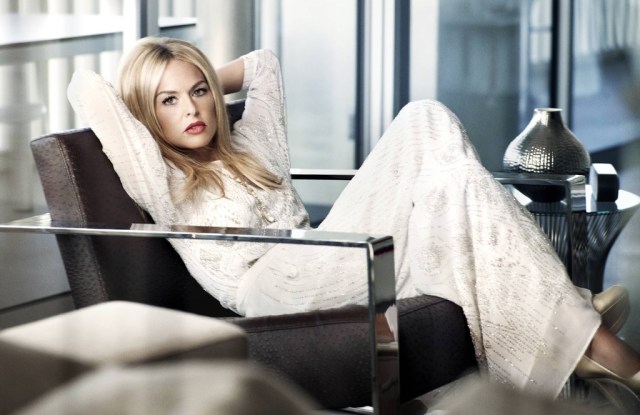 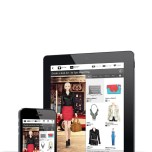 Going live in early July, the app allows users to dress up virtual avatars in current-season product from real-world brands. Players enter styling contests with their avatars, winning both online currency and actual prizes. For participating companies, the real reward is that every digitized fashion item on the site links back to the brand’s e-commerce site — so when a player fancies a virtual look, she can buy it in real life.

“Everyone knows that I’m completely obsessed with fashion, style and anything glamorous and beautiful. I think everyone can and should have style, and what better way than to experiment and play with it online?” said Zoe of the paper-dolls-for-adults concept, which will only be available on Apple’s iOS platform.

Digitally rendered illustrations of each brand’s in-season collections are presented on Covet Fashion for users to buy with virtual currency. The results are remarkably realistic. “One of the things that impressed me was the aesthetic of the game and how real the products look. It’s a very intelligent game — it doesn’t dumb down fashion,” explained Zoe, who is also marketing her own Rachel Zoe Collection label on the app.

Fashion-themed games have proliferated online, from Me Girl, which allows players to pretend they are Teen Vogue interns, to Fashion Week Live, a Facebook game that launched last year with participation from IMG Worldwide and DKNY. Covet Fashion is unique in marrying real-world product with a highly sophisticated interface that incorporates social media sharing and mobile commerce.

“We know that women love fashion and increasingly love gaming, and the idea of having consumers playing with digitized versions of our actual product and then being able to buy it seemed like the perfect storm,” said Uri Minkoff, chief executive officer of Rebecca Minkoff. “Crowdstar has had a lot of success with their other games and they really seem to be best of breed in this space.”

Crowdstar’s previous games like Top Girl and Top Stylist — which are less sophisticated than Covet Fashion and don’t integrate actual brands — have attracted 30 million mobile users and 25 million Facebook fans. Founded in 2008, the Burlingame, Calif.-based company has garnered $43 million in funding to date, with key investors including Time Warner Investments and Intel Capital.

The Covet Fashion app is centered on daily styling events, or challenges, which are based on different themes, such as Hamptons’ white party, Newport yachting regatta, black and white ball or beachside stroll. Winners are chosen via peer voting in most challenges, while others will be judged by experts, such as Zoe.

“You can learn about fashion, interact with fashion and use it as a stepping stone to purchase fashion,” said Jeffrey Tseng, ceo of Crowdstar. “We’re bridging different worlds here. You’re styling, you’re sharing and you’re shopping.”

At launch, Crowdstar is not charging affiliate fees to participating brands, but that may change down the road. The app’s initial revenue will come from users who purchase additional virtual currency for use in the game.

A functional benefit to brands is the analytics users generate from their mixing and matching of looks — data that is shared by Crowdstar. “We can see if certain brands or styles or colors are being used a lot in New York versus Los Angeles,” explained Tseng. “We can see if certain types of shoes are being paired with a top from Joie, for example, and what kind of bag was most often used to complete a look.”

Covet Fashion offers brands an effective marketing tool on mobile, said Blair Ethington, vice president of studios and marketing at Crowdstar. “Consumers tend to be blind to banners and interstitials on their phones and tablets. This is a way for a brand to advertise but not obstruct the user experience,” she noted. By turning shopping into a game, on Covet Fashion the brand is the experience.