Ads will launch April 10 with a multimedia program including online, outdoor and social media channels. 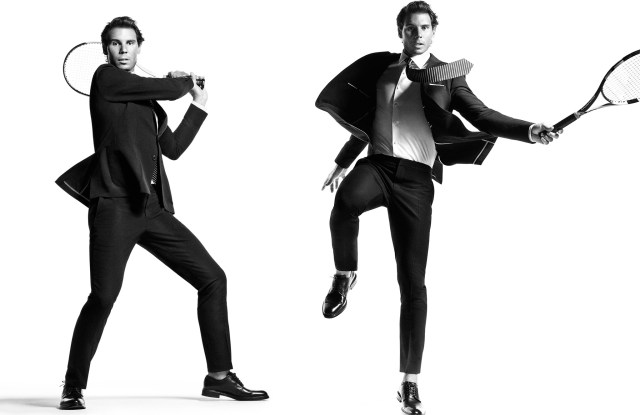 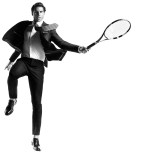 FULL SWING: Tennis star Rafael Nadal continues his role as ambassador for Tommy Hilfiger and will appear in the company’s spring Tailored campaign. The ads feature TH Flex, a suiting capsule inspired by Nadal, which has been designed for men’s high performance, active lifestyles.

Shot in Palm Springs, Calif., by photographer Mikael Jansson, the campaign highlights the TH Flex collection, which consists of “The Performance Suit,” the “Ultra Light Suit” and the “Travel Suit.”  The black-and-white ads show Nadal dressed up in a suit and tie, swinging his tennis racquet. This season, Hilfiger has collaborated with Woolmark to create the limited-edition collection. Ads will launch April 10 with a multimedia program including online, outdoor and social media channels.

Nadal signed a two-year agreement with Hilfiger in December 2014 to appear in the designer’s underwear and tailored clothing ad campaigns, starting in fall 2015. This marks the fourth season of the collaboration, which was kicked off with a tennis event at Bryant Park in August, 2015.

“I’m constantly on the move, and the Tommy Hilfiger Tailored and TH Flex designs are perfect for my lifestyle,” said Nadal. “The sharp look and precision fit give a new level of comfort and movement that I’ve never felt in a tailored suit.”

“We are honored that Nadal continues to partner with our brand,” said Tommy Hilfiger. “He is an amazing athlete and the TH Flex suits perfectly reflect his modern and effortless approach to style. We have a long history of celebrating sport and blending athletic influences into our designs and Nadal perfectly reflects the values of our brand: He is a fantastic sportsman with an optimistic attitude and passion for what he does.”

Nadal, who lost the Miami Open final to Roger Federer on Sunday, is currently ranked number five in the world.