The digital-first campaign is aimed at winning over the next generation of consumers.

Diana Silvers in the custom videos on TikTok.

Ralph Lauren has leaped onto the TikTok platform with a dedicated digital campaign for the 2019 U.S. Open Tennis Tournament.

As the first brand to launch a TikTok campaign in the U.S. tied to a sporting event, Ralph Lauren will use a full range of amplification opportunities within the platform, including custom content and organic influencer activation in partnership with TikTok content creators. The campaign begins Saturday and runs through Sept. 8.

TikTok is a destination for short form mobile videos.

Alice Delahunt, chief digital officer for Ralph Lauren, told WWD, “As part of our brand strategy, we have two really core ambitions: Winning over a new generation and leading with digital. We think that TikTok is such an exciting new platform that we’re really looking forward to experimenting on.”

She also said the demographics on the platform are appealing, with more than 70 percent of TikTok’s end users in the U.S. older than 18 years old, and globally, more than 75 percent older than 18. In addition, 56 percent of the users are unique to TikTok and not on any other platform, she said. “We see a new, active engaged demographic,” Delahunt added.

“This is a real opportunity, specifically to be first to market with some of the experiments that we’re doing. I think that puts us in a leadership position.”

The #WinningRL campaign will consist of a series of custom videos created with “Booksmart” actress and tennis enthusiast Diana Silvers. The videos will feature Silvers displaying her tennis skills in a match where she expresses real life wins visualized by native-design type effects popular on the platform. The videos conclude with her victorious, both in life and on the court. The company, which creates the videos in-house, will have one 15-second video and two eight-second videos.

The company is also working with a few musers, who are influencers on TikTok, who are posting videos as well.

With TikTok’s Hashtag Challenge Plus campaign, users will be encouraged to create their own #WinningRL videos inspired by Silver’s video. The videos with the highest engagement will be selected to receive a package of official Polo Ralph Lauren U.S. Open apparel.

Ralph Lauren is the first luxury brand to launch the sponsored Hashtag Challenge Plus campaign format, allowing users to shop a selection of apparel and accessories from the Official Ralph Lauren U.S. Open Collection, within the app. 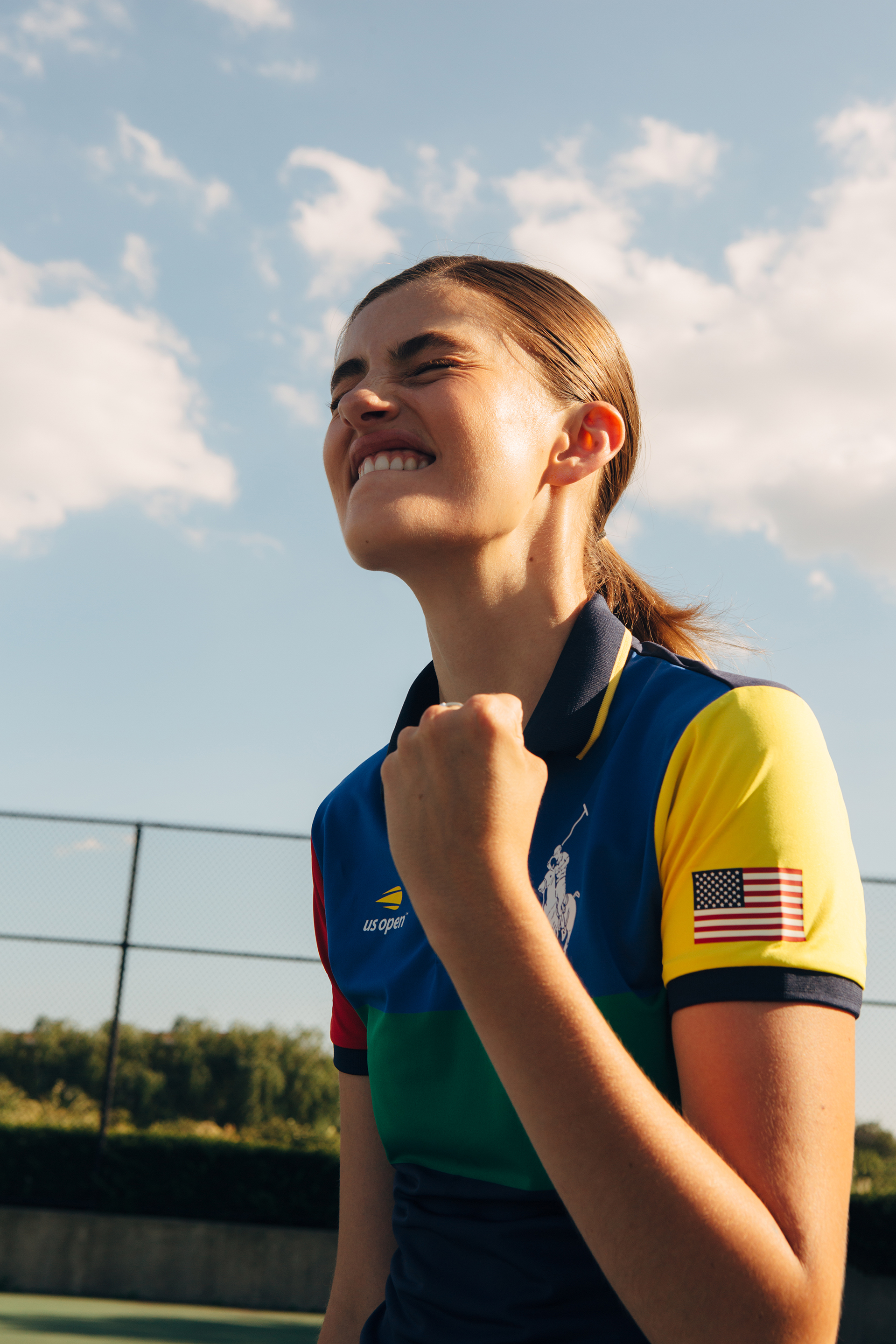 In addition, Ralph Lauren will launch a custom set of U.S. Open-themed stickers on Giphy, which will be offered to TikTok’s users, through TikTok’s recent Giphy Sticker integration. During the U.S. Open and afterward, users will be able to incorporate Giphy stickers to further enhance and personalize their TikTok videos.

Polo Ralph Lauren has been the official outfitter of the U.S. Open Tennis Championships since 2005, providing uniforms for all on-court officials and ballpersons, as well as a U.S. Open collection of men’s, women’s, and children’s apparel and accessories.

Delahunt said the company plans to use TikTok for future activations at Ralph Lauren. “The consumers and users decide to the life and death of a platform. Brands don’t get to do that. We get to participate. We’ll participate and grow as this platform grows. We’re looking at key moments, we’ll  look at our show in September, we’re looking at Pink Pony in October, holiday in November and December, and maybe even Lunar New York in January. We plan to test, measure and iterate our success.”