Ramy Brook Sharp, the company’s founder and creative director, was inspired by the incredible women in her life who are her mothers, friends, sisters and her own mom. The company’s motto is for women to feel  “happy, sexy and strong” in their clothing.

Sharp invited 20 real moms and their daughters to participate in “Strong Moms.” The duos, all dressed in Ramy Brook, were photographed by Aingeru Zorita at Neo Studios in New York. While on set, each daughter wrote a note to her mother describing what makes her mother strong. The responses were funny, poignant and told of the bonds between the mothers and daughters.

Featured in the campaign are Sharp and her daughter Stevie, as well as Sharp with her mother, Helene. In addition, the campaign includes portraits of accomplished New York women and their daughters. 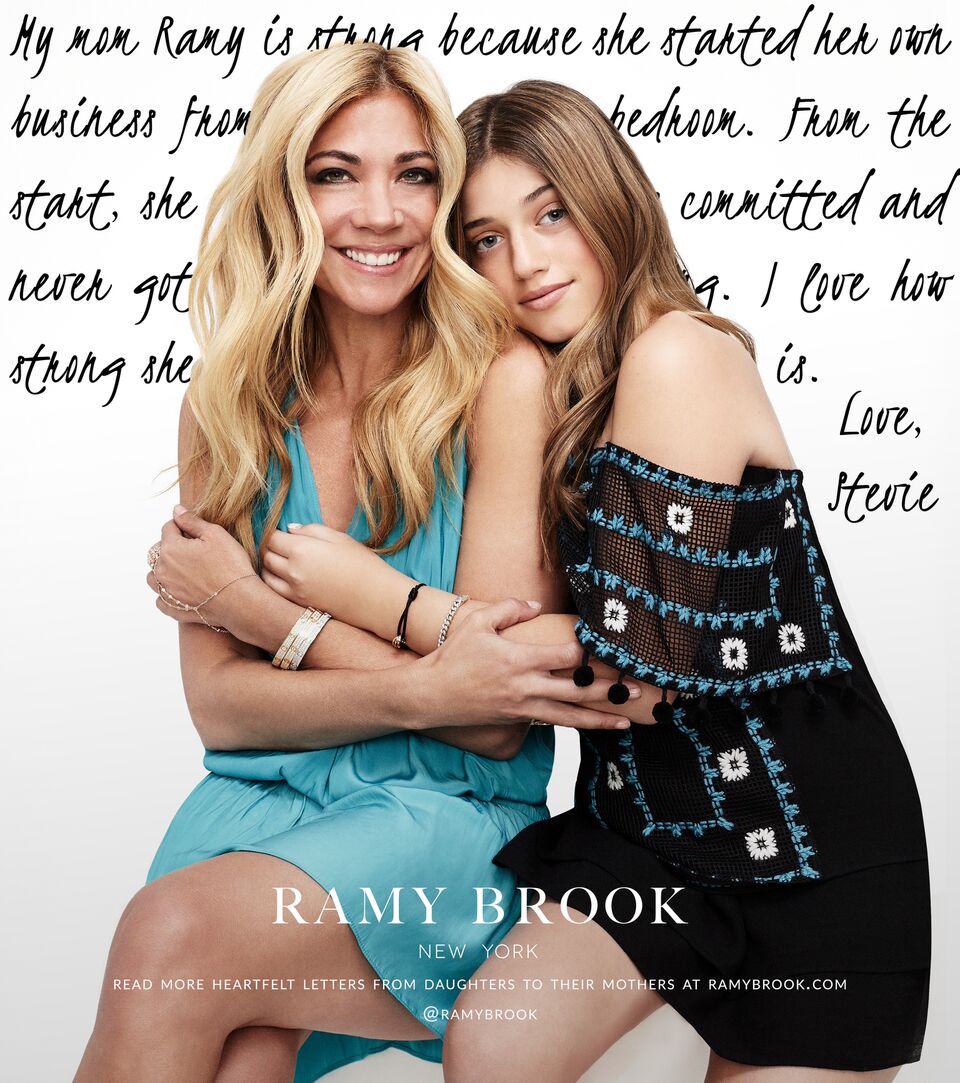 The company partnered with HeyMama, a national network of influential, entrepreneurial mothers for its digital buy. The program will entail multiple digital touchpoints, in addition to Ramy Brook’s digital and social channels.

The campaign represents the company’s first multifaceted one under the newly formed marketing department under the direction of Cory Cole, head of marketing who was previously at Iconix Brand Group. The company is investing in marketing activations and initiatives to support the growth of its e-commerce, retail and wholesale channels, said a spokeswoman.