As Milan gears up for its women's shows, which start Wednesday, Rankin is preparing to unveil the eighth issue of his magazine Hunger. 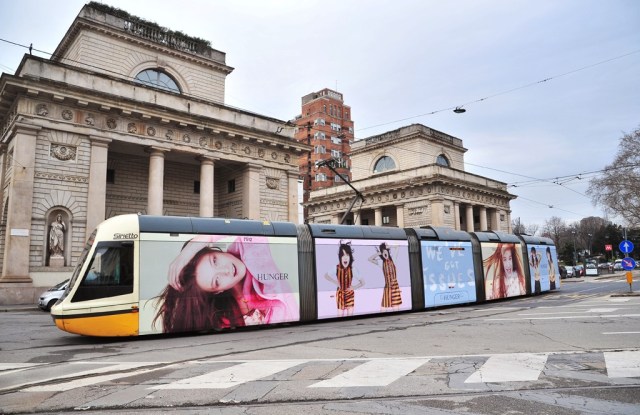 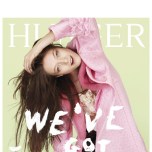 RIDING THE TRAM: Rankin has a ticket to ride. As Milan gears up for its women’s shows, which start Wednesday, the British photographer, creative director and publisher is preparing to unveil the eighth issue of his magazine Hunger — with large-scale covers plastered along the side of the city’s trams starting this weekend. Models Yumi Lambert, Charlotte K, Mae Lapres and Cora Emmanuel will be the magazine’s poster children.

“Trams have a very distinct character to them — they’re not in every city, so straightaway I find them unique places where people find themselves. They’re part of Milan and integral to its history, so it felt like the perfect editorial space that was a little different,” Rankin told WWD, noting that Milan has been one of the “most responsive cities” to his magazine. Although the Italian fashion capital is something of a test-drive, Rankin said he would love to experiment with other types of outdoor advertising in Paris and London.

“The theme of this issue is that we all have issues,” said Rankin, adding that cover models “show emotion that you might not associate with a high-fashion magazine — there’s no pouting here. Instead, the models pull faces, laugh and show a playful side.”