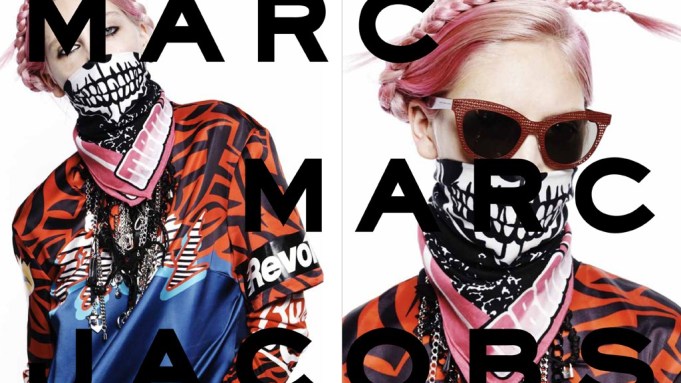 REAL TIME: Marc by Marc Jacobs’ fall campaign — the first since Katie Hillier and Luella Bartley came on board — is making a strong statement with a cast of real people and a social media twist.

Marc Jacobs and stylist Katie Grand opted to use Instagram for models, and so, for a week in April, they asked those interested to submit photos of themselves by including the hashtag #CastMeMarc.

“It seemed like a great idea to me, as casting through Instagram seemed cool, current and strong,” Jacobs said. “We wanted the ads to shout with youth and energy…to be fresh and reclaim the spirit that the collection had when we first conceived of it — to be another collection, not a second line.”

There were 70,000 entries, and working with casting director Anita Bitton, the company whittled them down to 50, who were then directly messaged. Some 30 finalists from around the world, including South Korea, Russia and Australia, were flown to New York; nine made the final cut and were photographed by David Sims in early May.

“David Sims portraits, Peter Miles layouts, the credibility of the cast and the approach to casting the ads transmit a current social lifestyle that doesn’t play into other clichés.…And totally feels like our company — a cast of colorful and dynamic characters,” Jacobs said.

The campaign will break in the August issue of Teen Vogue. It will be supported by behind-the-scenes videos of the casting and shoot on marcjacobs.com.