The brand's peripatetic artistic director has assembled a new cast of 23 individuals to be featured in the spring ads. 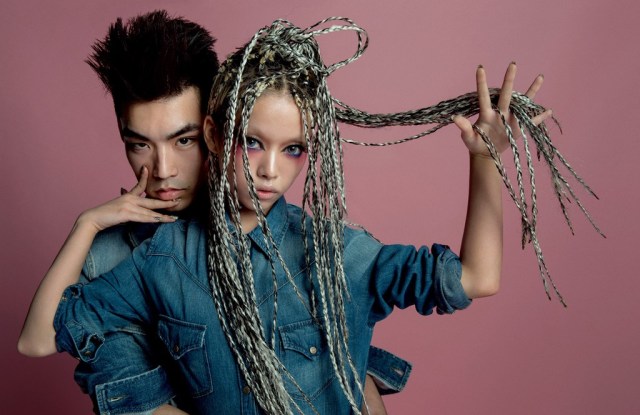 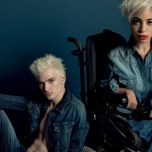 REBOOT REDUX: Nicola Formichetti is back with the second chapter of his nine-month-long tenure and “reboot” project as artistic director of Diesel.

Following up on the fall 2013 ad campaign featuring a cast of “modern-day rebels, heroes and just cool people” found on Tumblr and other social media and in his travels between his home in New York, Diesel’s offices in Breganze, Italy, and other locales, the peripatetic Formichetti assembled a new cast of 23 individuals who are now featured in the brand’s spring ad campaign, set to hit in Vogue and Interview in March and a still-undetermined roster of other titles afterward. As with the previous flight, the campaign was shot in New York by Inez van Lamsweerde and Vinoodh Matadin and styled by Formichetti.

This story first appeared in the January 22, 2014 issue of WWD. Subscribe Today.

“I was looking for a rebellious attitude, which is so closely tied to denim,” he told WWD. “The second campaign was much more about the group, the gang, the tribe, the community. The people got to us in different ways but they’re connected visually, physically, mentally and denim is the thing that unites all of them. And that’s the theme and the tag line — we are connected.”

He was especially taken with New York-based — and wheelchair-bound — fashion blogger Jillian Mercado, photographed in tandem with visual artist James Astronaut. “It’s never easy for her to move from point A to point B, but she’s totally fearless and has really been an inspiration to me,” Formichetti said. “You don’t have to be a conventional model type to represent a brand.”

Among the nearly two dozen subjects are a few “conventional” models, representatives of more than a dozen nations and an array of facial hair and tattoos. He shared that his first full collection for Diesel, for fall 2014, will first be shown in Venice, near Diesel’s headquarters, on April 3.