By Marcy Medina and Rachel Brown on January 15, 2010
View Slideshow 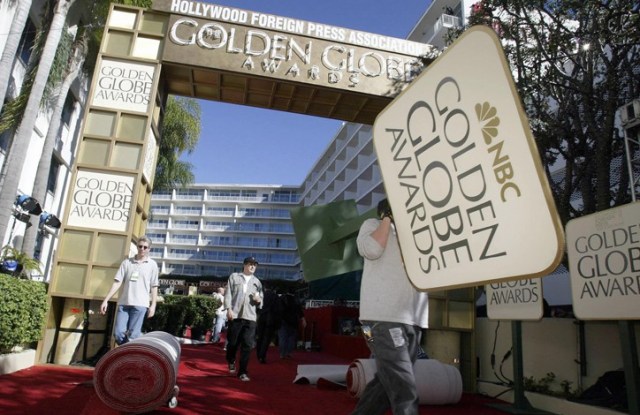 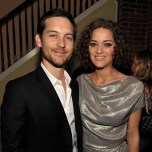 Expanded use of the technology is intended to grow and reach a younger audience and maximize red-carpet marketing opportunities.

For the first time, the Hollywood Foreign Press Association, which produces the Globes with Dick Clark Productions, and NBC, which will broadcast the show live in all times zones at 8 p.m., developed “Golden Globes Week,” an online experience featuring exclusive preview content that since Monday has been streaming on NBC.com, Facebook.com/celebs, Ustream and other partner sites.

On Sunday, “Golden Globes Live All Access Pass” will feature real-time red-carpet footage and commentary as well as social media updates from backstage, the press room and inside the after parties. Another first: there will be a free iPhone application for people to track the Golden Globes action.

“Technology, especially the Internet, is an amazing way to make the fans more engaged,” said Orly Adelson, president of Dick Clark Productions and executive producer of the Golden Globes. “As new technologies emerge, we will definitely incorporate them into our marketing initiatives.”

Going digital ahead of the telecast was intended “to get a buzz…so viewers will want to tune in,” Adelson said.

For the Oscars on March 5, the Super Bowl of awards season in both fashion and advertising terms, Janet Weiss, director of marketing for the Academy of Motion Picture Arts and Sciences, said more of the budget will be dedicated to online media and mobile applications. She declined to specify the media partnerships that are being pursued.

“We are spending smarter and leveraging our dollars more,” Weiss said.

“We are trying to pull back the curtain on the experience of the Oscars so it doesn’t seem out of reach for people,” Weiss said.

There also will be two hosts for the broadcast, Alec Baldwin and Steve Martin, and the number of best picture nominees — traditionally the last award of the evening — has been doubled to 10.

In terms of the impact new media initiatives on the bottom line, Brad Adgate, senior vice president of research at Horizon Media in New York, said: “These other opportunities are very niche and very fragmented. Television is still a very strong medium that gets the bulk of viewing and ad dollars.”

The Oscars and the Golden Globes have ground to make up on TV viewership. In 2008, a record low of about 32 million viewers tuned into the show on ABC. The number of people tuning in last year rose to 36.3 million.

The Golden Globes last year lured an average of 14.6 million viewers, well off the 20 million it attracted in 2007. During the Hollywood writers’ strike in 2008, a pared-down Globes averaged just six million viewers.

For the first time in 15 years, the Globes this year will have a host, actor-comedian Ricky Gervais. Adgate forecast that 15 million to 18 million people would watch show, and that Oscar viewership will track with the most recent numbers.

“[‘Avatar’ director] James Cameron is back, and he has another movie that is going to do just as well as ‘Titanic,’ so maybe lightening will strike twice, but I doubt it,” Adgate said.

Advertisers are torn in many directions this year. The Super Bowl, which drew almost 90 million viewers last year, is airing Feb. 7 and the Winter Olympics runs from Feb. 12 to Feb. 28. Both hold tremendous sway with advertisers. Even if there weren’t big events competing for dollars with the movie award telecasts, advertisers remain reluctant to spend lavishly because of the uncertain economy.

Despite the allure of the Oscars, it is not likely that advertisers who dropped out of last year’s telecast — L’Oréal and General Motors, for instance — will return. But ABC has found others such as Hyundai and Hershey to help pick up the slack and seven first-time advertisers participated in the Oscars last year. L’Oréal Paris is continuing as a sponsor of the Globes.

“The show is the largest single stage for our target customer, with a strong demographic skewing toward women who tune in to the show not just to find out the winners, but also to check out the fashions celebrities are wearing that night,” said Kate Coultas, a spokeswoman for J.C. Penney Co. Inc.

Tom Julian, founder of brand consulting company Tom Julian Group, said the recession’s impact can’t be underestimated. “Five years ago, all pistons were firing away and it will be a long time before that happens again,” he said.

To that end, a fashion powerhouse such as Dior, which established celebrity dressing programs and marketing events around the awards shows, threw a smaller affair for Marion Cotillard, a Globe nominee for Best Actress in a Motion Picture, Comedy, at the Chateau Marmont’s Bungalow One on Saturday in conjunction with The Weinstein Co. The next night, Audi teamed up with Decades and Gianfranco Ferré to fete the nominee for Best Actress in a Television Series, Drama, Anna Paquin.

For houses like Ferré, which is re-entering the red-carpet arena with the relatively new design team of Tommaso Aquilano and Roberto Rimondi, the event was part of a measured long-term plan. The event was “a first step in reintroducing Gianfranco Ferré to the Hollywood elite by increasing brand exposure and brand awareness,” said Gianfranco Ferré chief executive officer Michala Piva.