Refinery 29’s 29Rooms Makes Its Way to the West Coast

The sold-out event will take place at the Row DTLA in downtown Los Angeles. 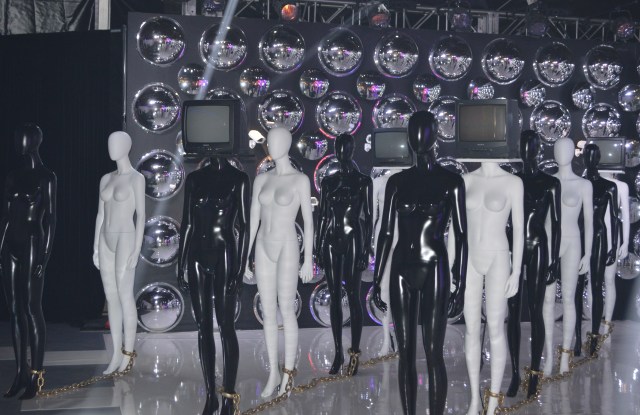 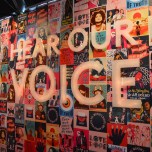 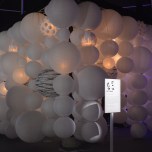 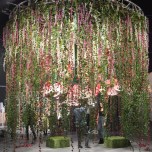 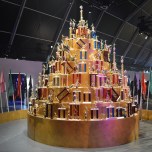 Refinery 29’s 29Rooms experience has branched off to Los Angeles, bringing its fun house installation to the West Coast for the first time.

The sold out event will take place across two weekends, Dec. 7-10 and 14-17 at the Row DTLA mixed-use project in downtown. Guests paid anywhere from $19 to $85 for admission into the pop-up that transformed the former American Apparel employee parking lot into an experience bridging many of the themes Refinery 29 content tackles on its site, spanning fashion, art, music, beauty, technology and more.

“We felt like there was definitely a life for it here and I think L.A. is such a rich, creative market because there’s so many different industries converging, especially now,” said cofounder and executive creative director Piera Gelardi. “Entertainment, tech [and] media are all kind of meshing together and it creates this really vibrant, cultural space. So we felt like bringing this out to L.A. We hope it’ll be well received.”

The 29Rooms concept can be distilled down to a series of themed rooms or dedicated spaces, created in partnership with brands such as the Marc Jacobs Daisy perfume, Urban Decay, Adidas and Google Pixel 2 among many others for the L.A. iteration. That’s in addition to collaborations with Demi Lovato, Janelle Monáe, Margot Robbie and Lilly Singh among others.

It’s an interesting display that merges in-real-life experience for Refinery 29 fans and a new marketing channel for those brands involved with the exhibition. Others playing in a similar space have also dabbled in creative ways of parlaying their born-online brands into the real world, most of those going the route of conferences. Create & Cultivate and Girlboss’ Girlboss Rally also host pop-up activations at their conferences, allowing brands to showcase or sell their product to attendees.

The initial idea around 29Rooms, now in its third year, was to create something for the company’s 10-year anniversary that would also coincide with New York Fashion Week, given Refinery’s roots in style.

“We were thinking about how do we take the digital content that we create and the creative people that we work with in the articles and the videos that we make and create an experience of that,” Gelardi said. “We were thinking about it from a storytelling perspective about how do we tell these stories in a new way….And, yes, we also thought about how could we do this in a way that would be attractive to brands, but the thought process was what if we really reimagined these brands, too, in this completely new, immersive way. So we work really hard to make sure that all of the brands that we work with that we’re expressing their mission and the things that they’re trying to express at that time, but doing it in a very creative, imaginative way that fits organically within the space.”

Gelardi said the goal next year would be to expand the concept to additional market with L.A. and New York serving as the anchor events.

A pop-up store across from the exhibition will carry a capsule collection of branded merchandise made especially for the event, marking the first time the company’s dabbled with product for 29Rooms. The assortment included stickers, pins, hats, T-shirts, sweatshirts, jackets and totes. A portion of the proceeds will benefit the non-profit Step Up.

A private celebration Wednesday evening to celebrate the launch is expected to draw celebrities, including Halle Barry, Evan Rachel Wood and Josh Peck.