Synonymous as her name was with swimming, she used nearly every ounce of her athletic abilities to become an actress, a swimwear designer and a businesswoman. 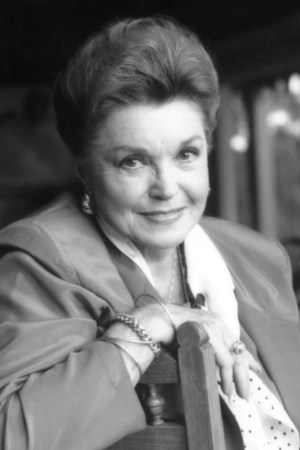 Synonymous as her name was with swimming, Esther Williams used nearly every ounce of her athletic abilities to become an MGM actress, a swimwear designer and an opportunistic businesswoman.

The California native, three-time national champion and Swimming Hall of Fame member died Thursday at the age of 91. The outbreak of World War II canceled the 1940 Olympics, dashing her plans to compete in the Summer Games.

From the time she was a child counting towels at the local pool to waive the entrance fee, Williams was a worker. To help cover her college tuition, Williams worked at I. Magnin as a stock girl and an in-store model. Scouted in the department store, she auditioned for Billy Rose’s “Aquacade” and wound up being partnered with Olympic swimmer and “Tarzan” star Johnny Weissmuller. Williams ended up being one of MGM’s breakout stars, splashing through 26 movies including “Bathing Beauty,” “Dangerous When Wet” and “Million Dollar Mermaid.”

During a 1997 interview with WWD, Williams still had show business in her veins, occasionally stopping midsentence to break into song, apply lipstick or pet her schnauzer “Charlie.”

Williams worked on her film wardrobe with Frank Cole, father of swimwear designer Anne Cole. For “Skirts Ahoy,” Cole and Williams developed a crossback swimsuit that replaced the Navy’s regulation swimwear for female enlistees. “In those days, the government used swimwear made of a fabric that Calvin Klein wouldn’t use for underwear,” Williams told WWD. “It was a droopy cotton lisle in gray blue. It looked like a limp dishrag, and you could see right through it. I told the Secretary of the Navy, ‘It’s no wonder half the young women leave before finishing the program.”’

After seeing the new suit, the secretary responded by ordering 50,000 units.

As one of the first female athletes-turned-celebrity, Williams is credited with paving the way for athletes to endorse products. Noting how the business of endorsements has changed, Williams recalled mentioning Coca-Cola during a 1983 TV interview with Barbara Walters. The soft drink company’s then-president called Williams to tell her a thank you was en route. It turned out to be a framed Coca-Cola ad from the early Forties. The executive said the bikini-clad model was copied from a photograph of Williams wearing a similar swimsuit.

Some of Williams’ other colorful recollections also had traces of chlorine. Still doing meet-and-greets with shoppers in her 70s, William said, “I like to tell the women who come to see me, ‘God takes care of you from 14 to 22. After that, report to me — especially if you’ve had a baby.”’