Department and specialty store ads with the highest viewer recall. 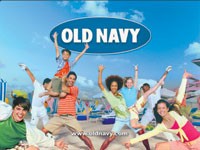 Reality TV be gone, Retail TV has been booming this spring. Well, during commercial time, anyway. IAG Research has selected the top retail 30-second Advertisements, which have had the highest amount of viewer recall, based on 82,064 surveys of TV viewers conducted since Jan. 2. From its database, IAG provided ads from both “Apparel Retailer” and “Department Store” categories. All had to have been launched by January and aired through May on the major broadcast networks in prime time. Old Navy was on a roll this spring, taking four of the top 10 spots with its onslaught of kitschy ads, featuring lots of skin and music. WWD noted last week that Old Navy plans to expand its line of advertising partners, having hired StrawberryFrog agency for its fall TV and print campaigns.

SOURCE: IAG Research (iagr.net). IAG provides insight into the performance of ad campaigns, in-program placements, individual shows and networks to help marketers maximize the value and impact of their TV buys. The Recall Score is the percentage of TV viewers who can recall within 24 hours the brand of an ad they were exposed to during the normal course of TV viewing. These scores are then indexed against the mean score for all new ads in the categories during the period (Recall Index). for example, with a recall index of 209, the top-ranked old navy spot has proven more than twice as memorable as the average new Apparel Retailer or department store commercial launching since the start of the year. average Recall IS 100.